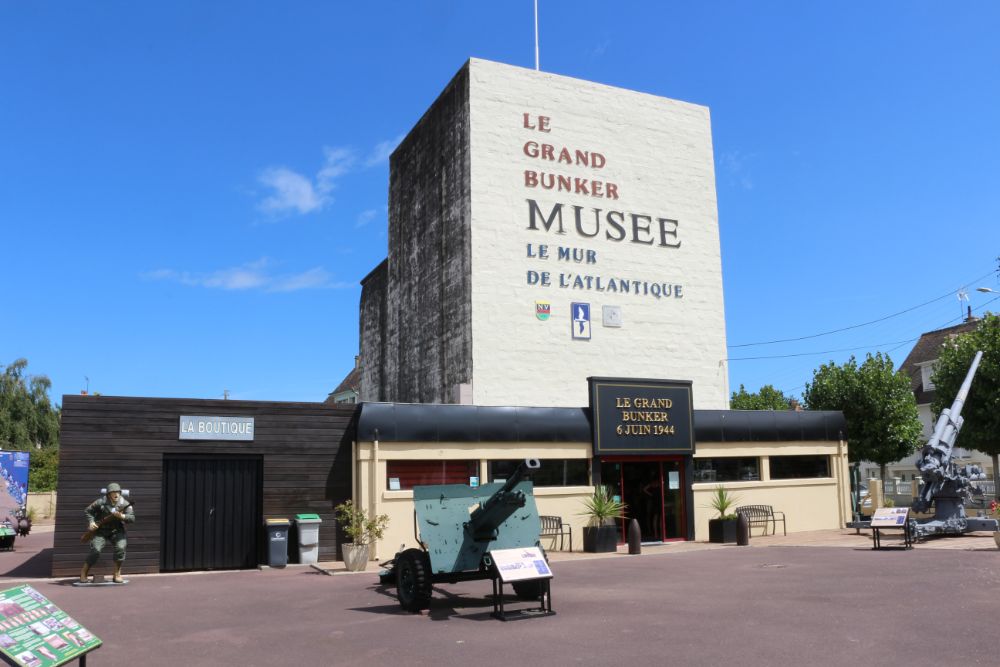 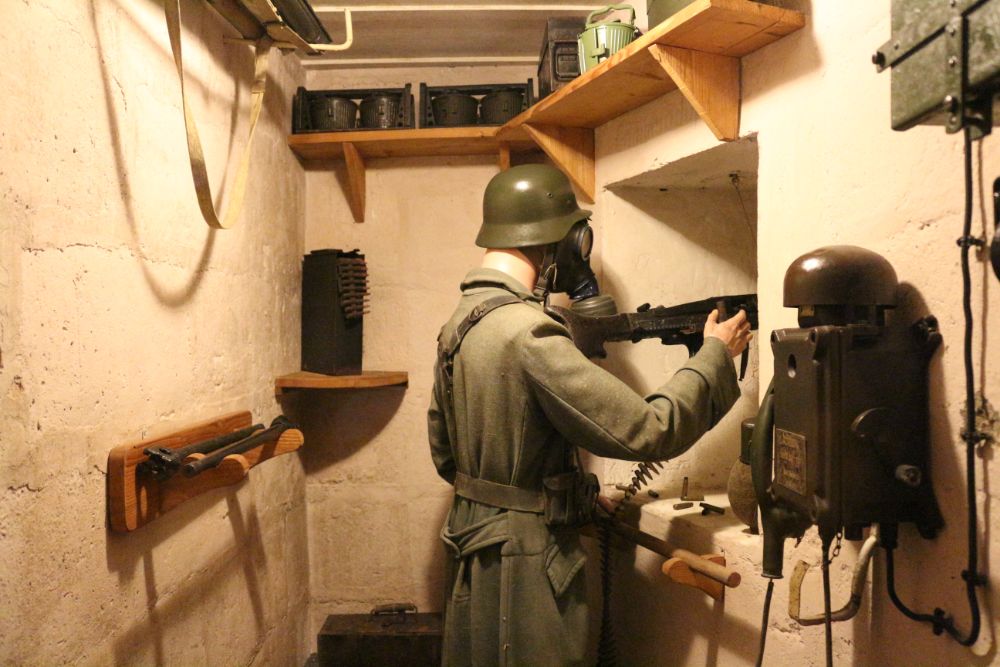 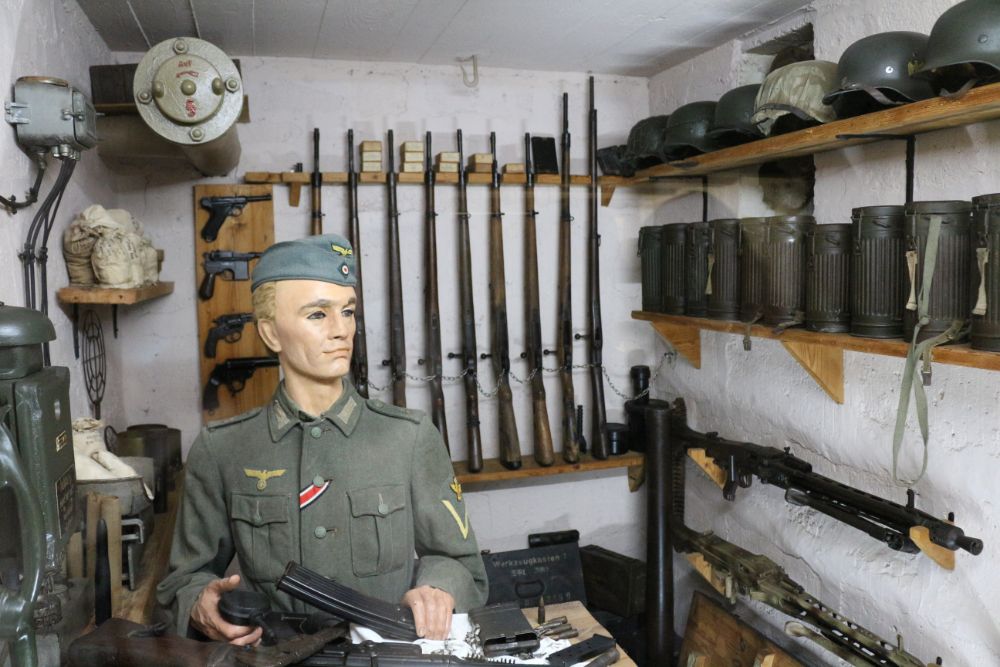 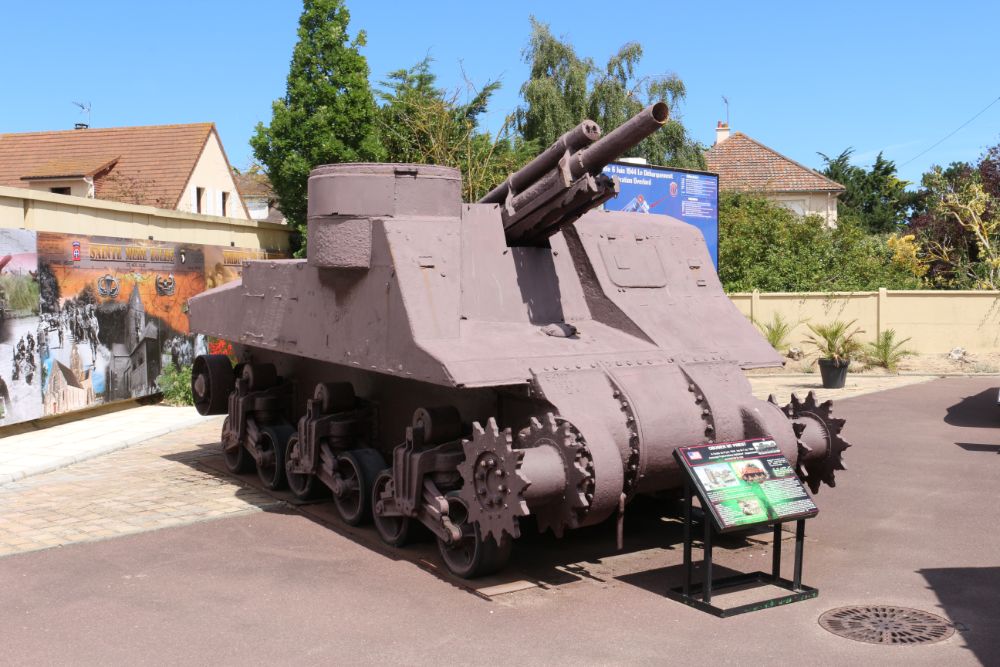 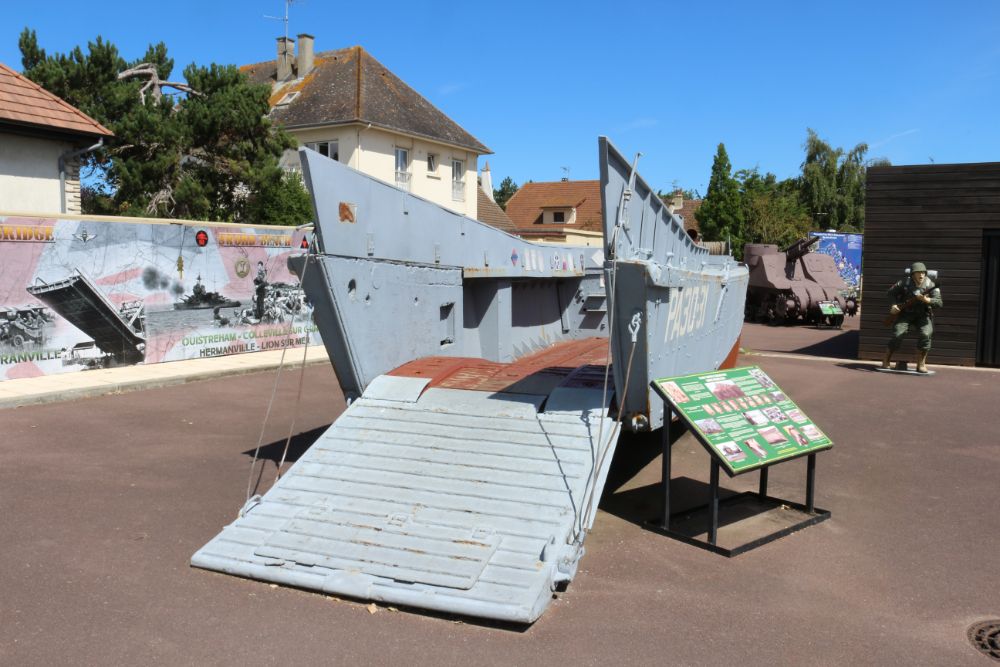 Located at a stones throw from the beach and the Ferry terminal is "Le Grand Bunker Musée du Mur le l'Atlantique". Originally the museum is a German "SK Hochleitstand" which together with the surrounding artillery battery formed Stützpunkt 08 HKB Riva Bella. The purpose of the Stützpunkt with 6 pieces of 155mm artillery was to cover the entrance of the river Orne and the canal. The 52ft high concrete tower has been fully restored to make it look how it was on the 6th of June 1944.

On six June, intrigued by this unforeseen obstacle, the Franco British Commandos attempted to approach the tower, but were repulsed by machine-gun fire and stick- grenades being thrown from the top. They were content to skirt the bunker, which remained a permanent threat during the following days.

On 9 June, Lieutenant Bob Orrell of Royal Engineers, 91Field Company R.E., 3rd Beach Group, 3rd Canadian Div., 2nd British Army, was given orders to invest the large Bunker. Accompanied by three men, he placed two explosive charges one after the other to blow up armour-plated door. Altogether it took them four hours to break it open! The garrison of two officers and fifty men then surrendered and the liberation of Ouistreham was complete. The set of defensive works at Ouistreham shows the scale of construction work involved in the building of the Atlantic Wall.