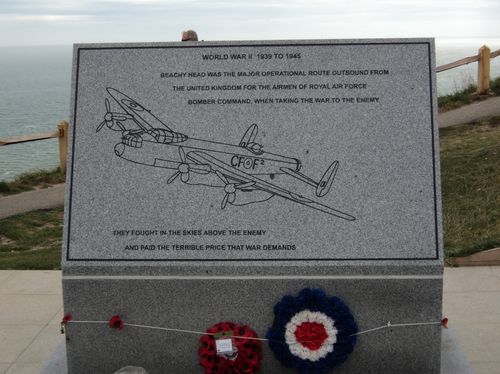 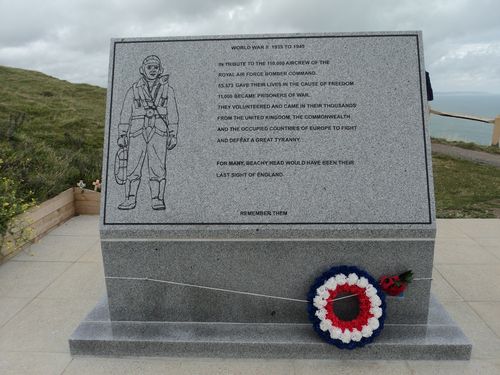 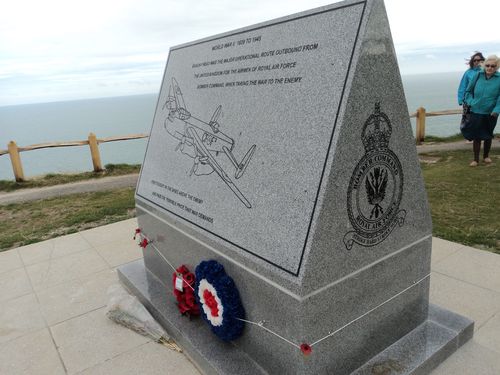 After marshalling over the Home Counties, many RAF Bomber Command missions departed Britain over Beachy Head near Eastbourne, East Sussex. In many cases this was the last view of Britain ever glimpsed by the 55,573 men who died in the Bomber Command. The tribute memorial unveiled just days before the UKs official memorial to Bomber Command in London, is the result of a campaign by RAF veterans to honour their fallen colleagues (as opposed to the 60 year plus delayed official memorial).

"World War II 1939-1945, In tribute to the 110,000 aircrew of the Royal Air Force Bomber Command. 55,573 gave their lives in the cause of freedom. 11,000 became prisoners of war. They volunteered and came in their thousands from the United Kingdom, the Commonwealth, and the occupied countries of Europe to fight and defeat a great tyranny. For many, Beachy Head would have been their last sight of England. Remember them."