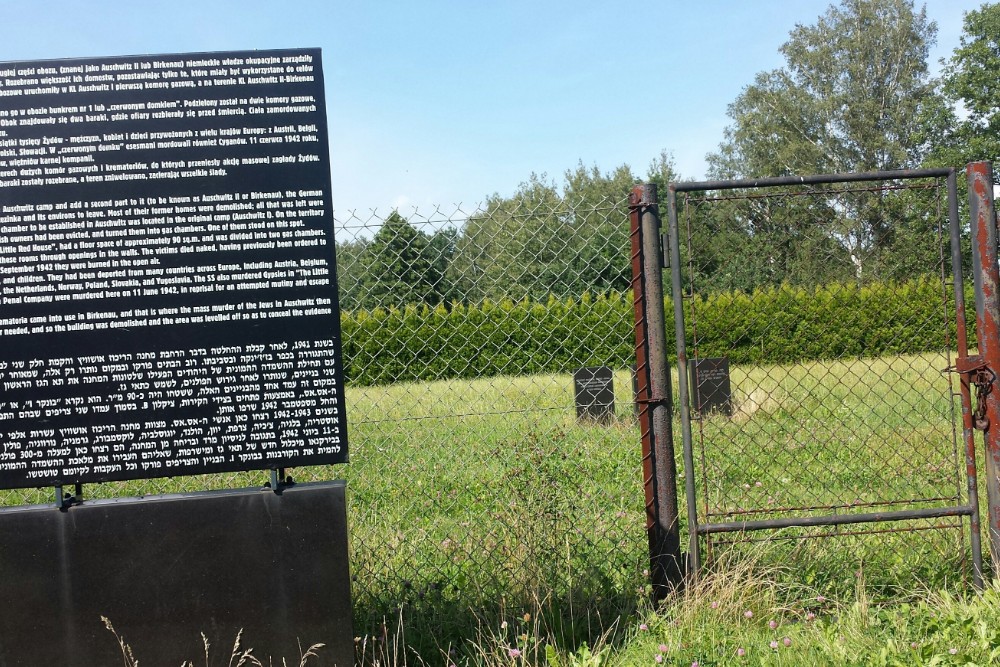 On this site stood Bunker l, named "The Little Red House". The former peasants cottage had originally four rooms, these were converted into two gaschambers. The Zyklon B gas was thrown through an opening of 30 x 40 centimeters, after which the opening was sealed with valves.
In this bunker about 400 people were killed in one time. This bunker was inaugurated in March 1942.