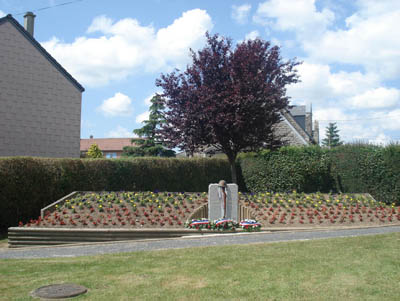 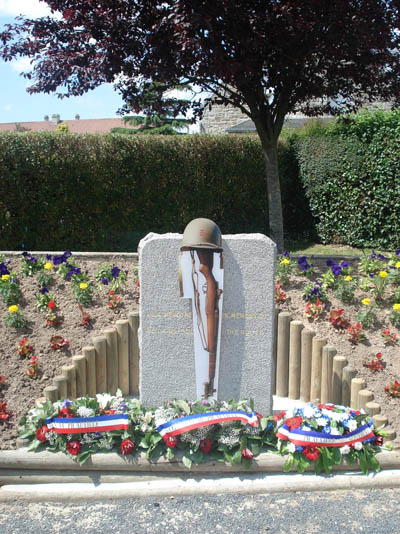 On June 9, 1944 the Americans broke through the German line at La Fière, near the Merderet river. The Germans withdrew on Picauville, a small town nearby.

The next day the 358th Regimental Combat Team of the 90th Infantry Division attacked Picauville, then in to direction Pont-L'Abbe. The 359th Infantry was also committed to action, in the vicinity of Picauville to the East of Pont l'Abbe. Units of the Regiment received a severe shelling during the move to that sector. By nightfall, the entire Regiment had been committed.

During the fighting around Picauville many American soldiers lost their lives. Eventually Picauville was liberated by the 90th Infantry Division, but Pont-L'Abbe remained in German hands.

The monument was established on June 6, 2008, in commemoration of the 90th Infantry Division.