Monument to the Fallen Eindhoven 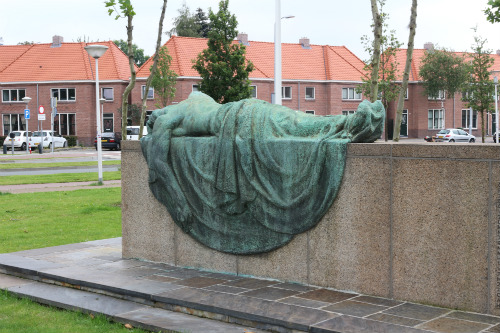 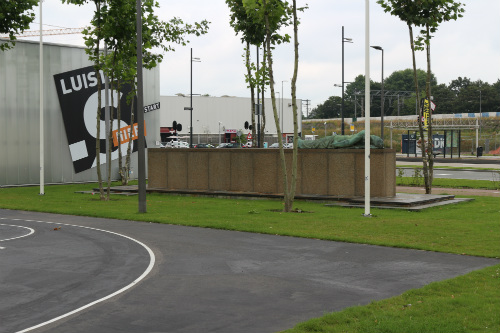 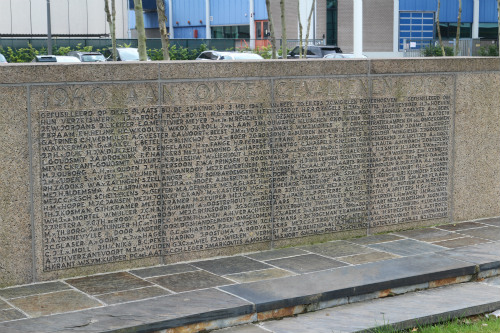 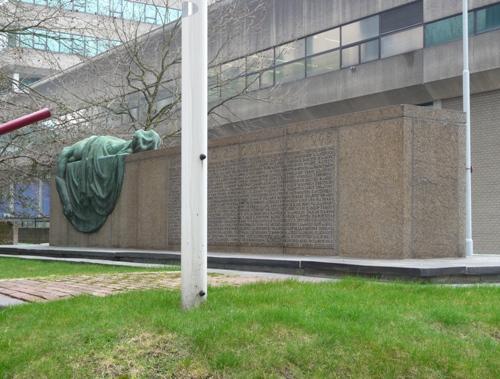 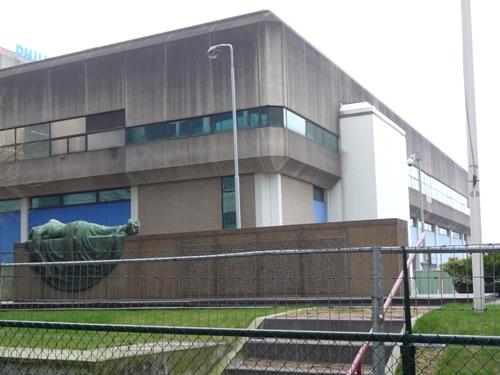 This monument is located at the former Philips premises in Eindhoven (Strijp-S), next to the Videolab. During construction work the monument was also placed at other locations (picture 4-5), but the current location is a permanent one.

The monument exists of a wall with names and on the wall lies a bronze man. The monument was founded in memory of Philips employees who were killed by the Germans, because they put their work down in protest against the deportation of their Jewish colleagues. Also named are those who were killed after bombings or other acts of war.