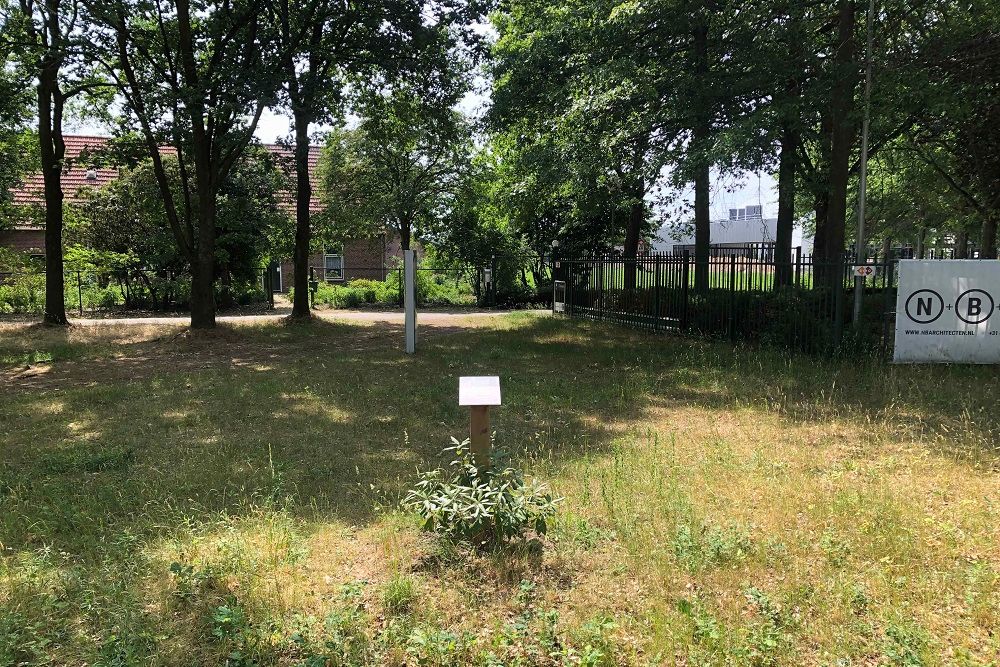 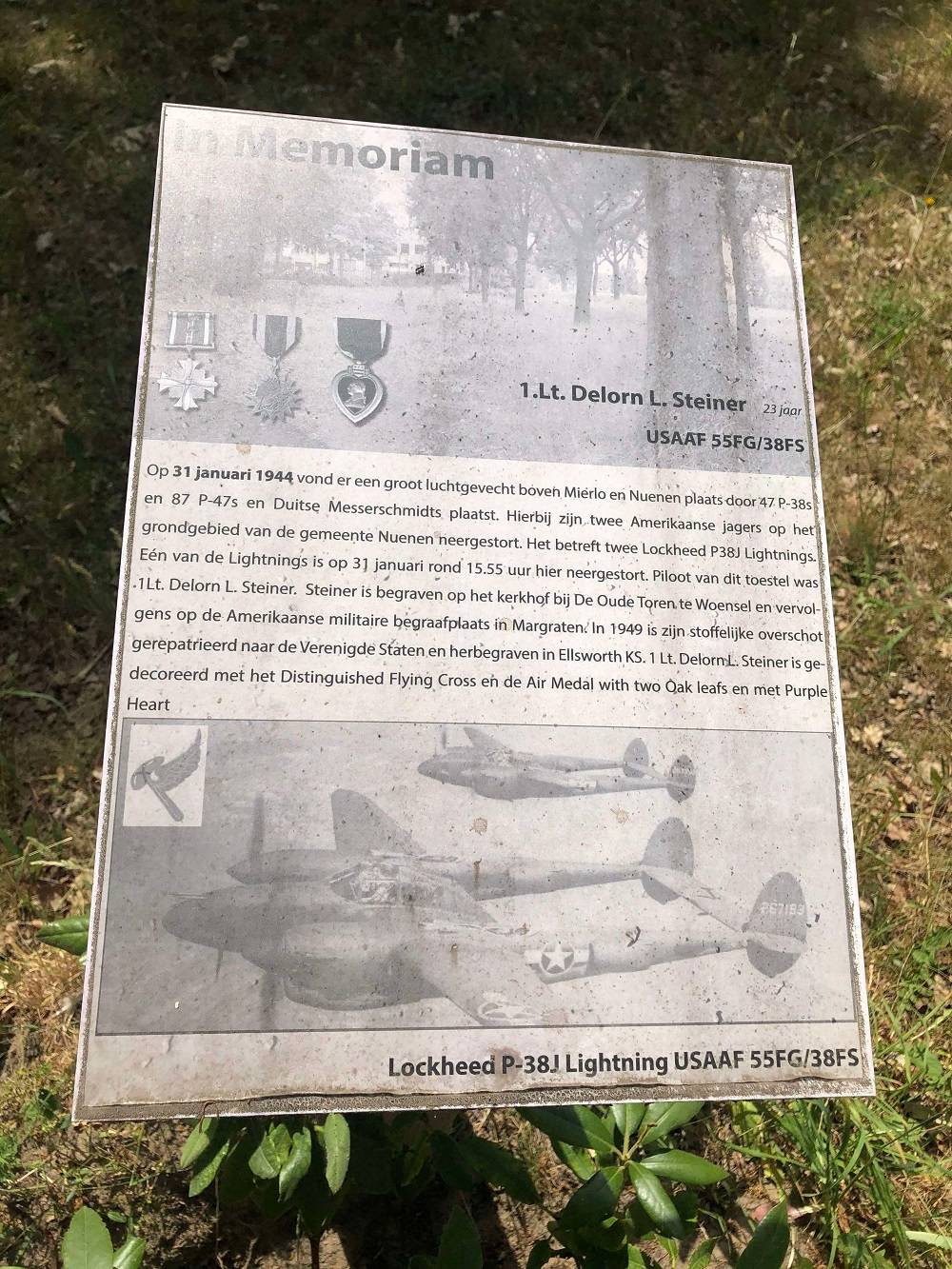 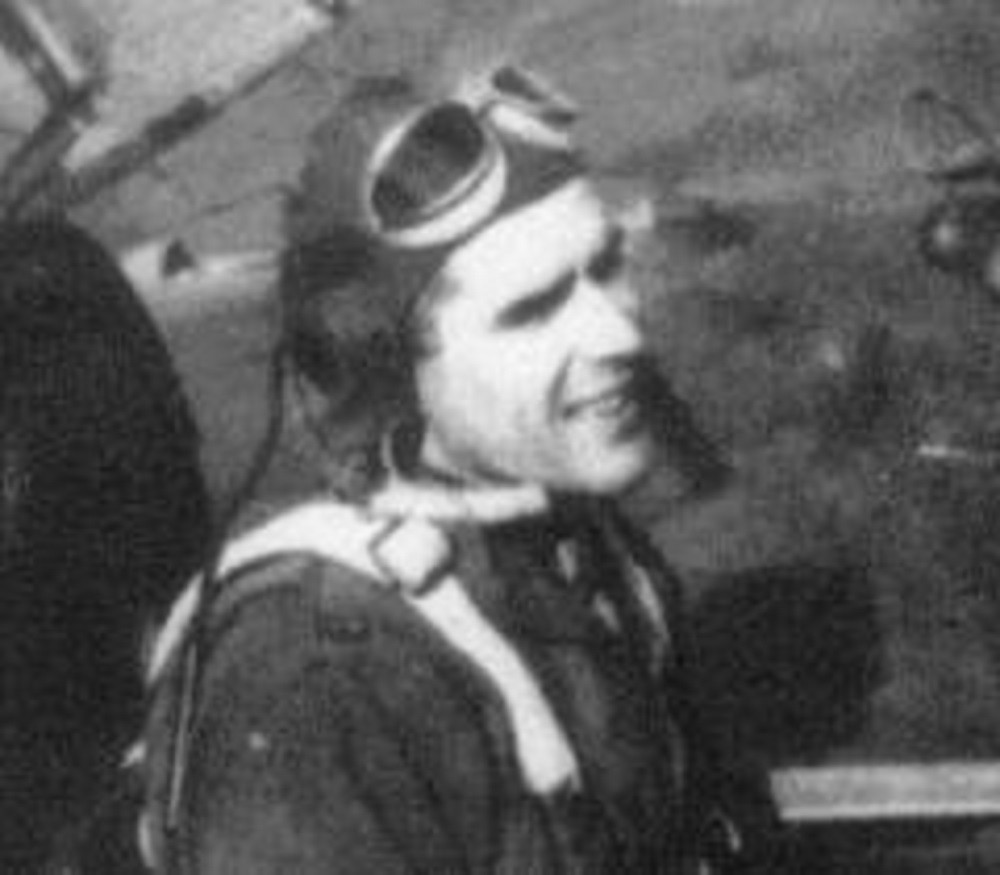 The second fighter plane crashed here on 31 January 1944 around 15:55 during a fighter sweep over North Brabant and Central Limburg, also a Lightning P-38J. This killed: - 1 Lt. Delorn Lee Steiner, 23 years old, son of Joseph E. Steiner and Doris Bisterfeldt.
Delorn Steiner was initially buried in the Woensel War Cemetery, later reburied in the Margraten War Cemetery and finally in 1949 in Ellsworth, Kansas, USA.

The information column at this location has been part of a bicycle route since 2014, celebrating 70 years of liberation Nuenen c.a.

Supplement: After investigation and testimony it appeared that this crash site has been confused with that of 1 Lt. Morris Long live elsewhere in Nuenen. Long live was the other pilot who died in Nuenen on 31-1-1944 during the same air battle. The information on this site still has to be adapted for this.