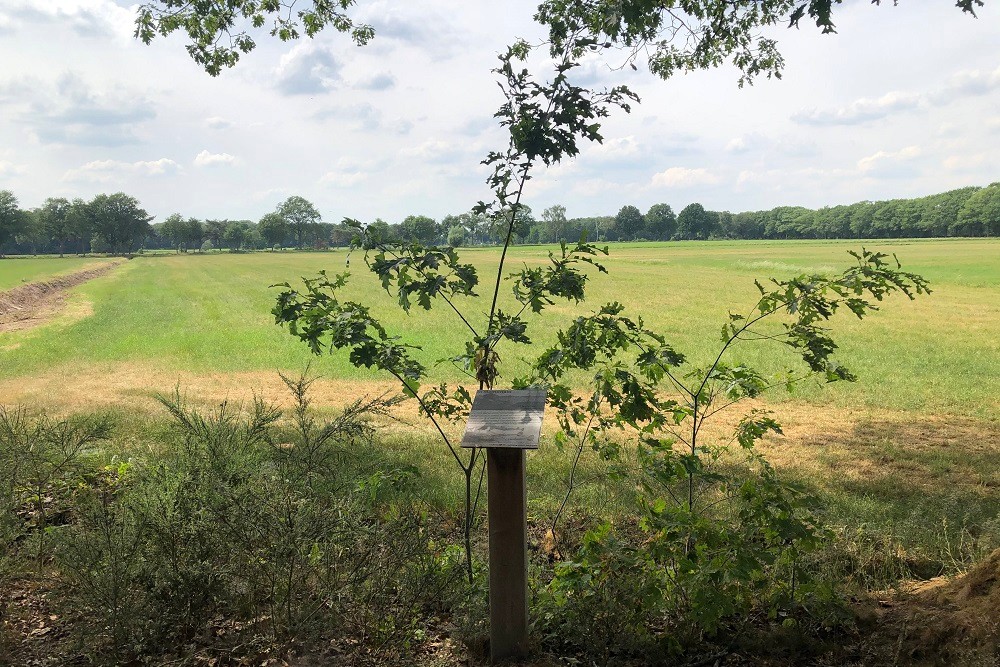 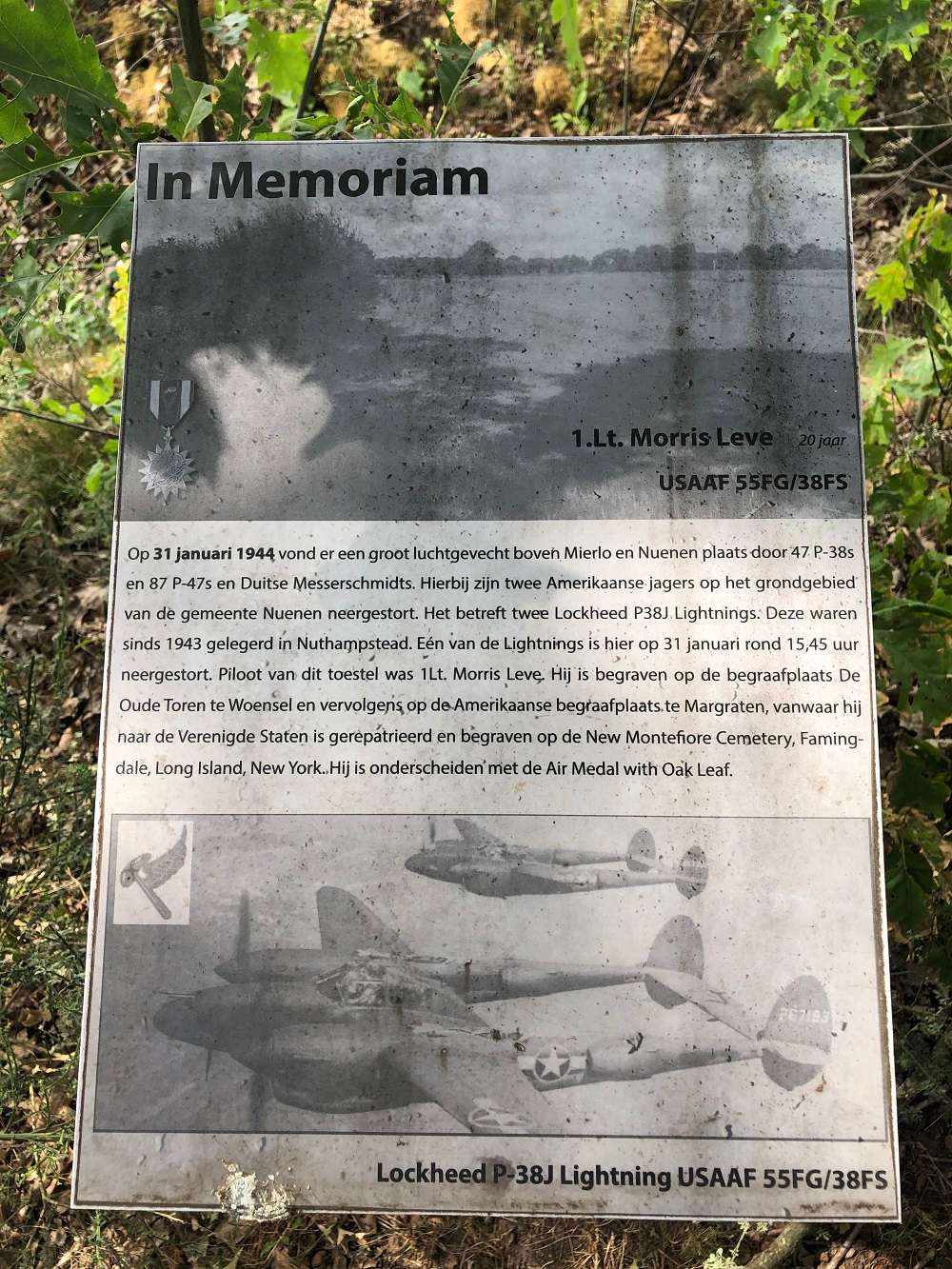 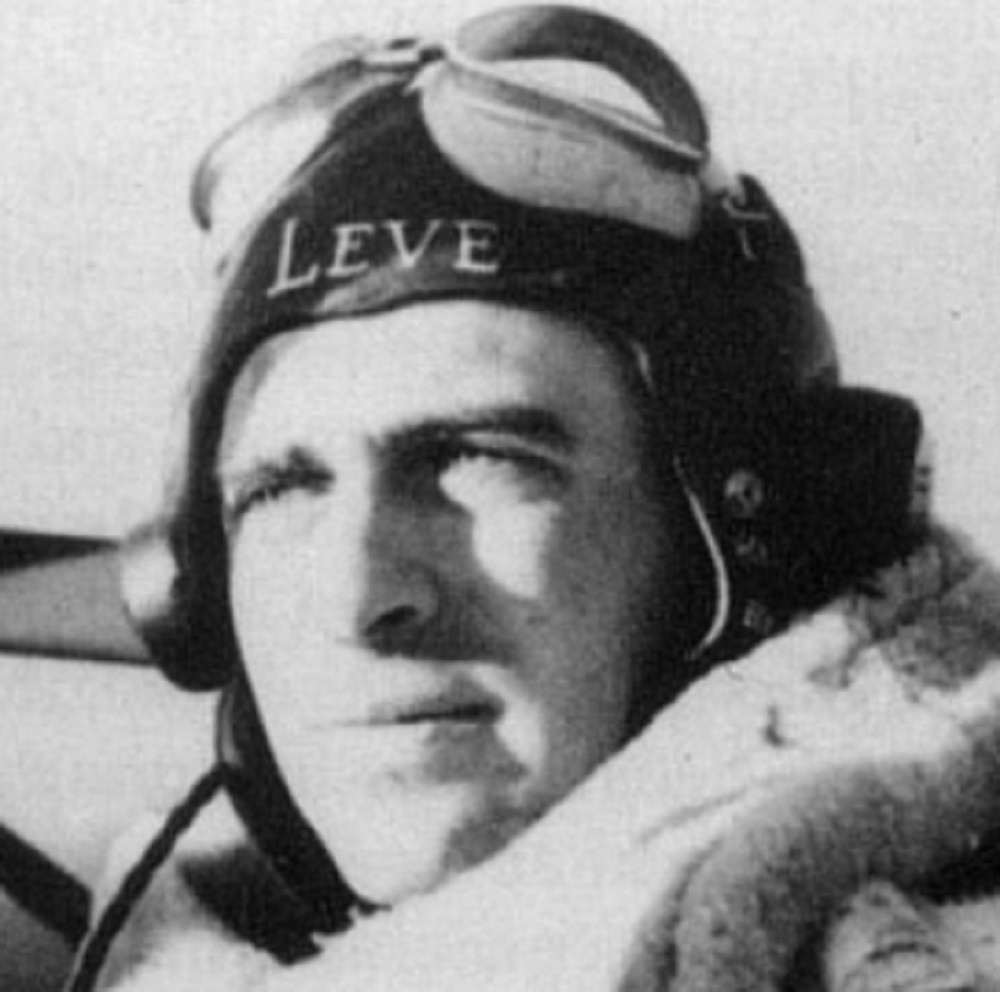 On January 31, 1944, a major air battle took place over Mierlo and Nuenen by 47 P-38s, 87 P-47s and German aircraft. Two P-38J Lightnings crashed within the municipality of Nuenen.
Both were from the USAAF 55FG / 38FS based in Nuthampstead since 1943.
At around 3:45 PM, the Lightning of Lt. Morris Leve, 20 years old, son of Benjamin Leve and Eva Chava Leve. He was first buried at the Woensel War Cemetery in Eindhoven, reburied in 1945 at the Dutch War Cemetery in Margraten and later at the New Montefiore Cemetery, Farmingdale, Long Island, New York. He has been awarded the Air Medal with Oak Leaf.

The information column at this location has been part of a bicycle route since 2014, celebrating 70 years of liberation Nuenen c.a.

Supplement: After investigation and testimony it appeared that this crash site has been confused with that of 1. Lt. Delorn L. Steiner elsewhere in Nuenen. Steiner was the other pilot who was killed in the same dogfight in Nuenen on 31-1-1944. The information on site still has to be adapted for this.