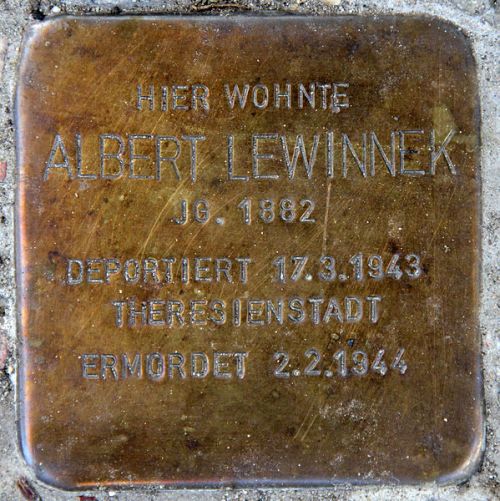 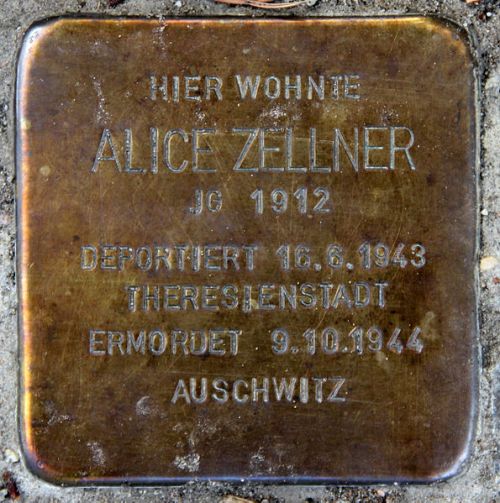 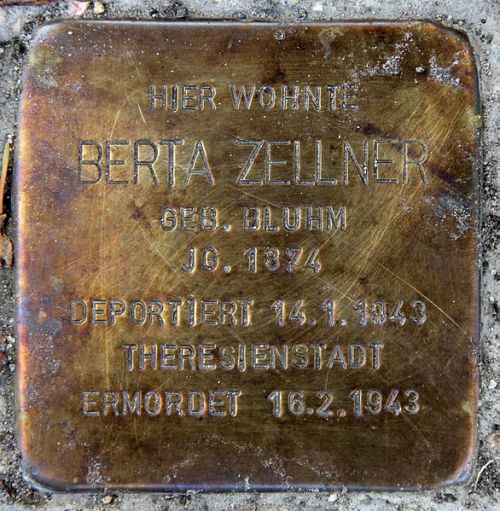 These memorial stones (so called Stolpersteine of stumbling blocks) commemorate:
Albert Lewinnek
Alice Zellner
Berta Zellner
and 4 other residents
, murdered or disappeared in the Holocaust.