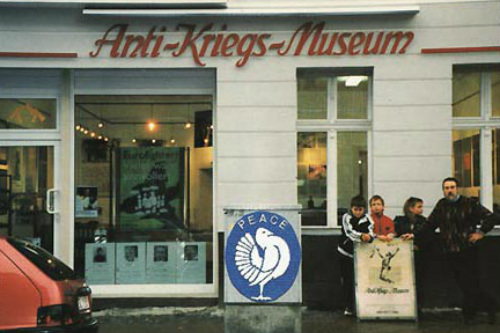 The Anti-War-Museum is located in the centre of Berlin at 21 Brüsseler Strasse. The museum was first opened in 1925, but is was destroyed by the Sturmabteilung (SA) in 1933. In 1982 the museum was reopened, fifteen years after the death of its founder Ernst Friederich (1894-1967). The Anti-War-Museum shows the history of the Great War and World War II and the importance of peace.

The exhibition consist of photographs, articles and archives of both world wars and the daily live in Germany during this periods. There is also an art gallery, called the "Peace Gallery".

The celler of the museum was used as an air-raid-shelter during World War II. Al lot of original items give a good impression of life in Berlin during the allied bombardments.