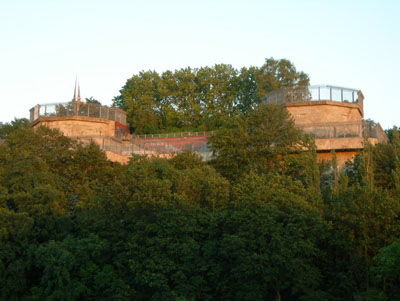 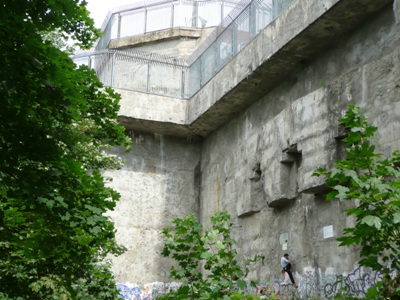 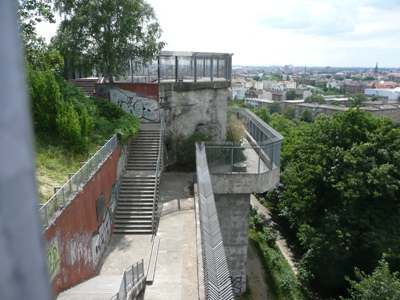 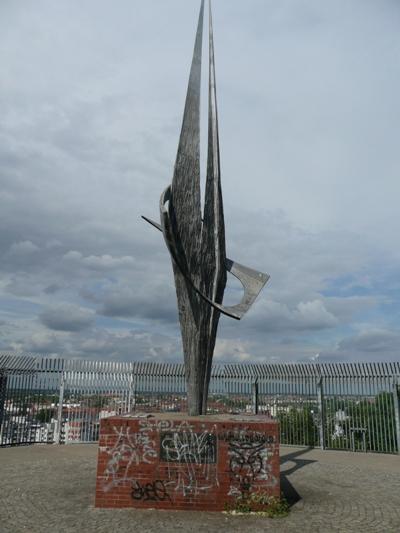 The Flakturm tower has been partially demolished after the war. A small part of the remaining tower can be visited. The tower was of the first generation.