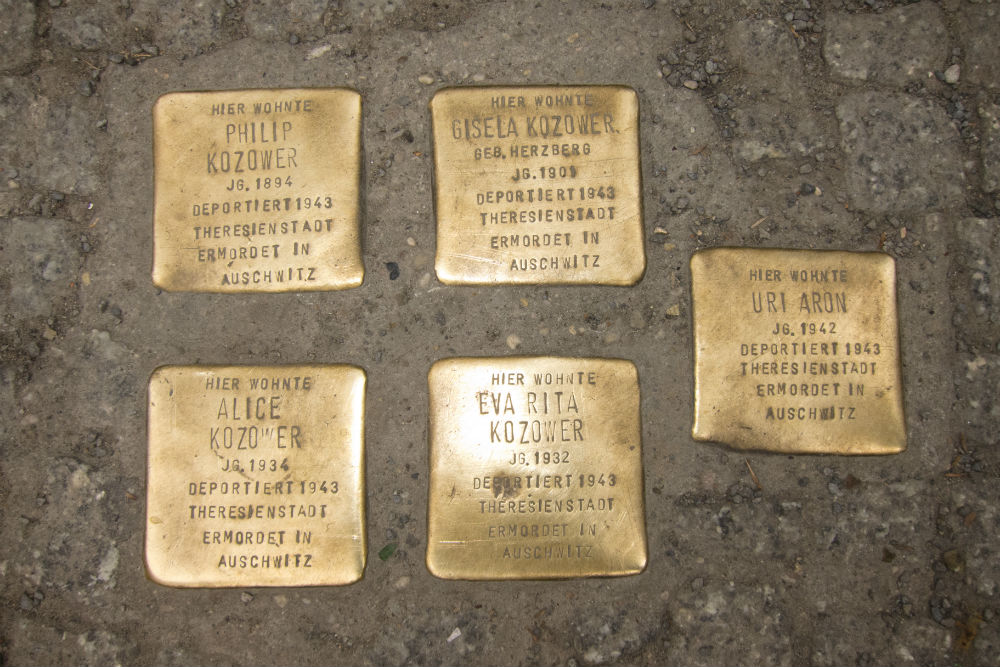 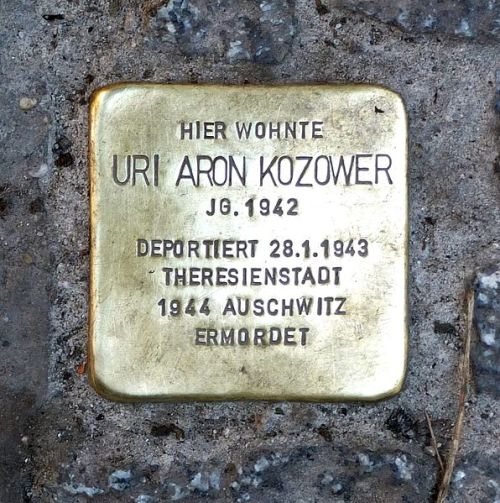 Philipp Kozower, a Berlin attorney, and Gisela Herzberg married and had three children  Eva, Alice, and Uri. All five were on the same small transport (100 deportees) on 28 January 1943 from Berlin to Theresienstadt. In the summer of 1944, they were recruited as players in the Theresienstadt propaganda film, "Der Führer schenkt den Juden eine Stadt." [The Führer Gives the Jews a City]. The film, which shows a completely false picture of life in a camp, was completed in September. Massive deportations to Auschwitz began on the 28th. Almost all persons involved in the film were sent to their deaths. On 12 October 1944, the Kozower family were deported to Auschwitz. Upon arrival there was a rapid selection process: men for forced labor; men for quarantine; and all other men, women, and children for the gas chambers. Only 108 of the 1,500-1,600 people on this transport are known to have survived the war.

Note: the original stolperstein for Uri Aron Kozower left off his family name. It was later replaced with a stolpersteine which includes the date of the familys deportation to Theresienstadt.