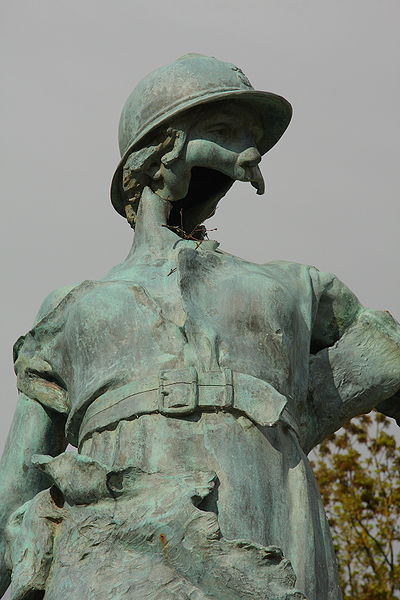 The war memorial from the First World War had been damaged during the fightings between the American troops (who landed earlier on Omaha Beach) and German Troops of the 352nd German Infantry Division. The battle took place on 9. and 10. June 1944.

There is also a plaque on the memorial that commerates the battle that took place in and near Trévières.

The memorial also commemorates Word War II and the war in Indochina.