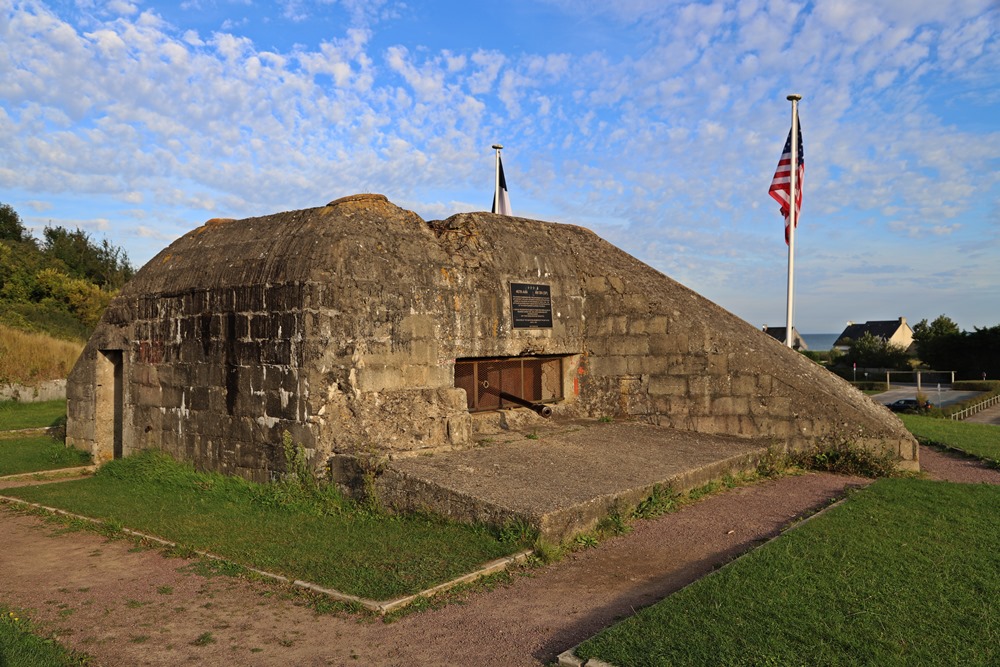 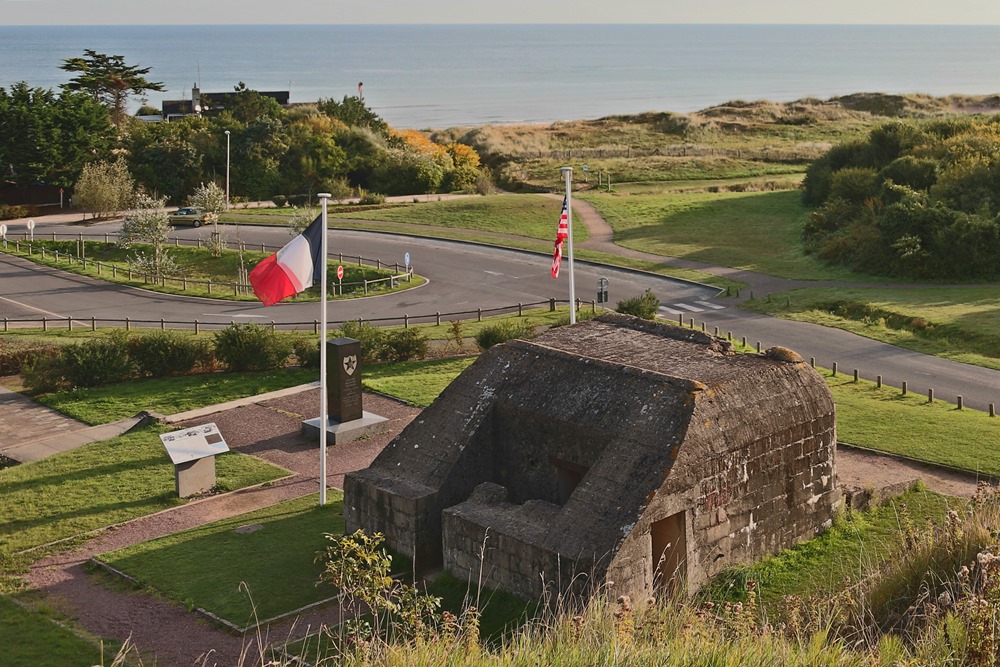 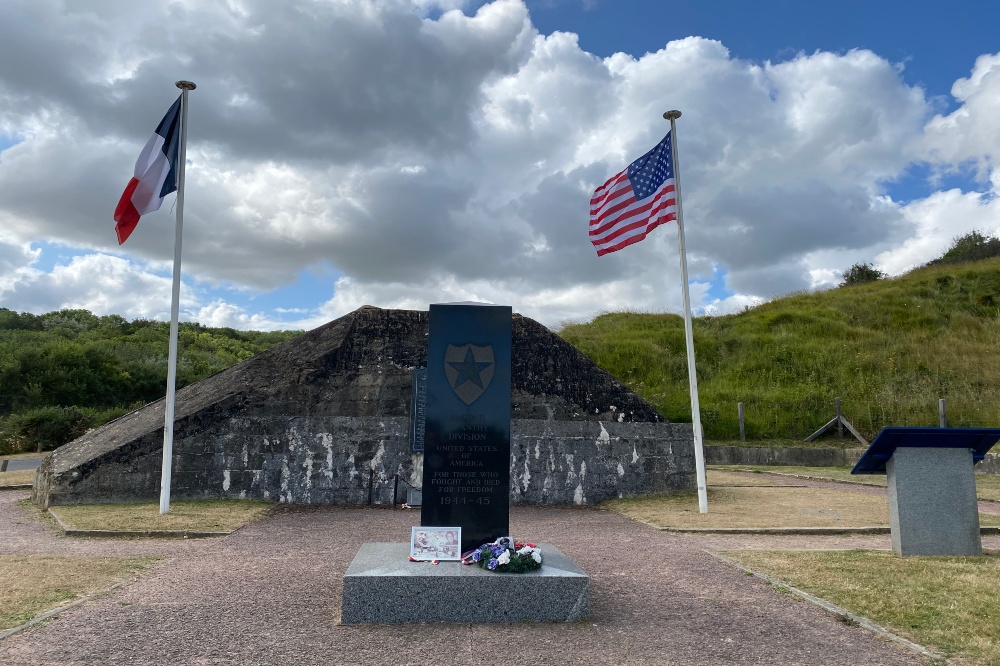 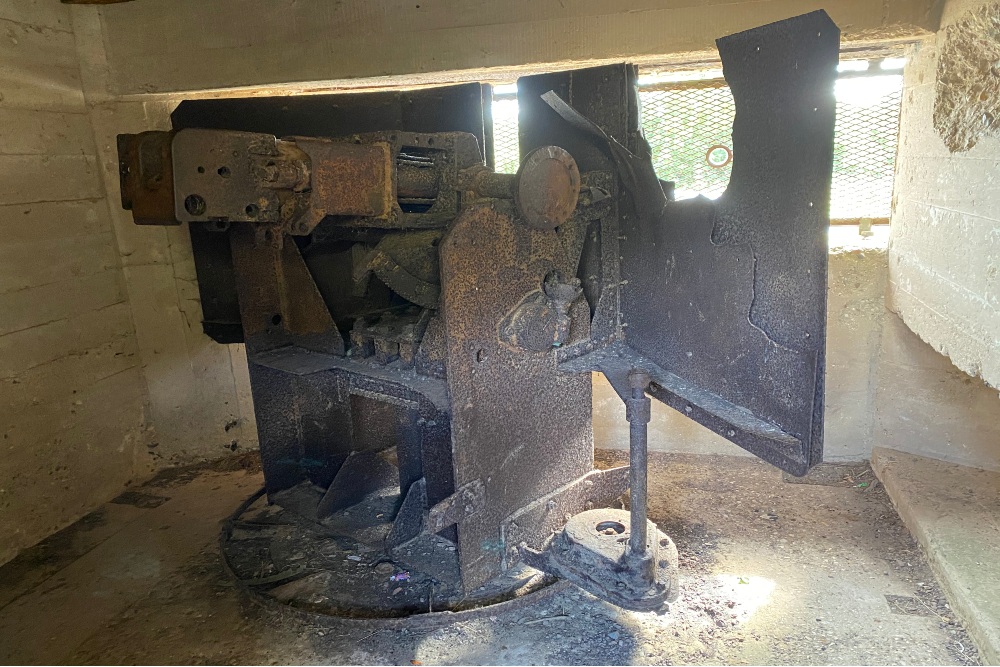 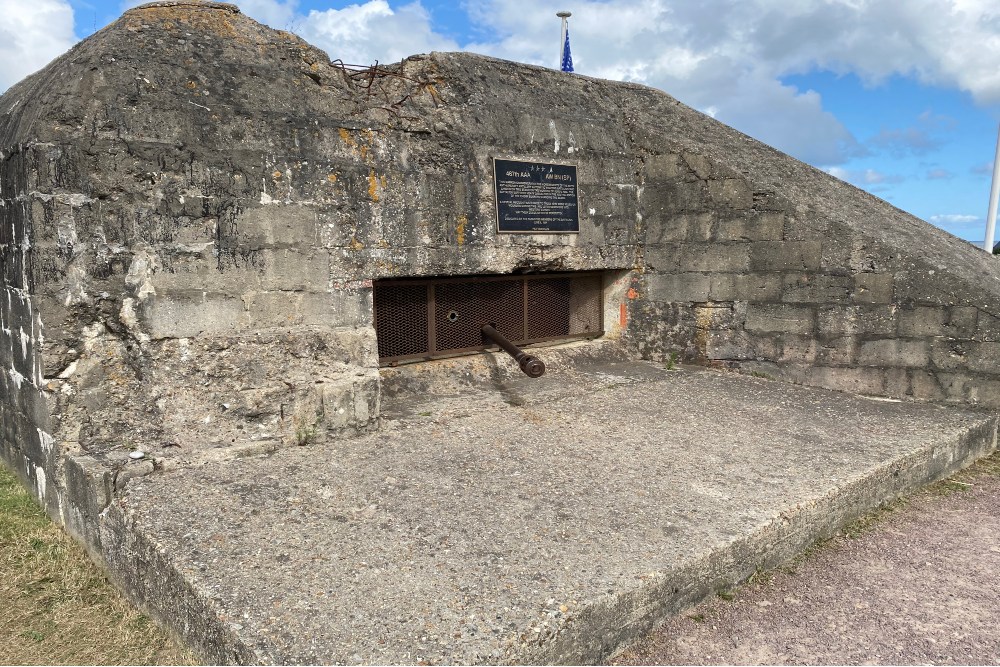 Pillbox 'Ruquet' is not far away from the village with the name "Les Moulins". In this pillbox, part of WN65, the very first headquarters of the Americans on Omaha Beach were established.

WN65 had been constructed on the higher grounds at Beach Exit E 1 in sector Easy Red. The pillbox was armed with a 50 mm anti tank gun, one of the obstacles that barred the way through the Ruquet valley. Finally WN65 was surrounded by some small army units of the 116th Regiment and the 16th Regiment. It was Sergeant Haas of the 467th Anti-Aircraft-Artillery Automatic Weapons Batallion who destroyed the 50mm anti tank gun with his 37mm gun on his half track. In doing so 20 Germans surrendered and the Beach Exit was opened up by the engineers who immediately started to free the through way for the military vehicles on the beach. Beach Exit E 1 would become the most important exit on D-Day. And along the pillbox "Ruquet", the first Headquarters of the Americans at Omaha Beach, thousands of soldiers that landed at Omaha Beach would pass.

In front of the pillbox you will find a monument that memorizes the landing of the 2nd Infantry Division, called "Indian Head", on June 7th. They did not however participate in the attack on WN65. A memorial plaque for the 467th Anti-Aircraft-Artillery Automatic Weapons Batallion has been attached to the pillbox itself during the celebrations of the 50th anniversary. Inside the pillbox you will still find the 50mm anti tank gun. Behind the pillbox, the summit of the coastal area provides a magnificent view over Omaha Beach and the Ruquet valley and on its far side, across the road, you may distinguish WN64.