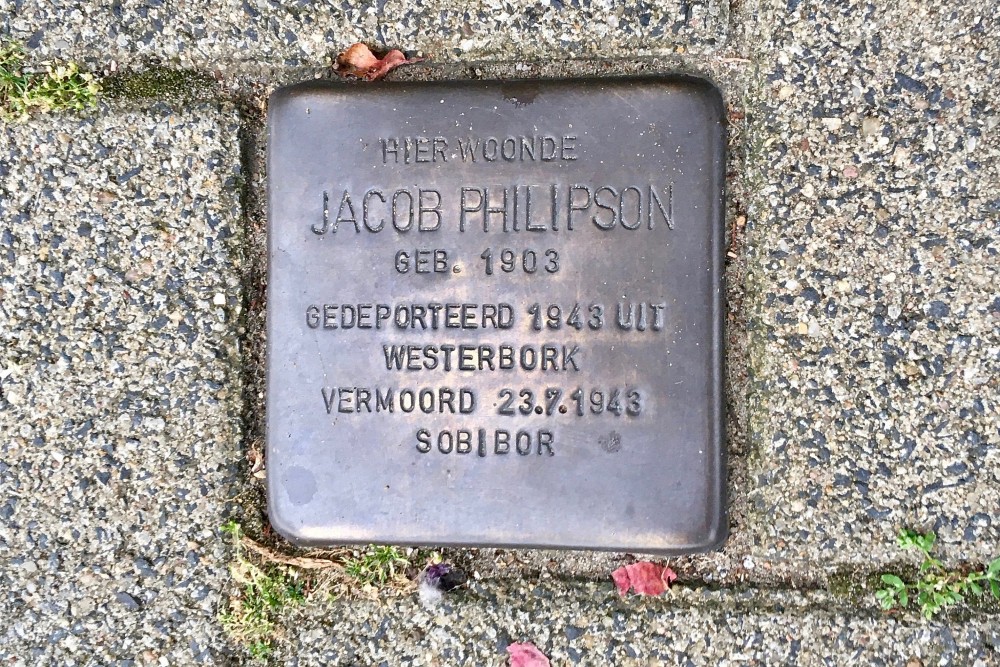 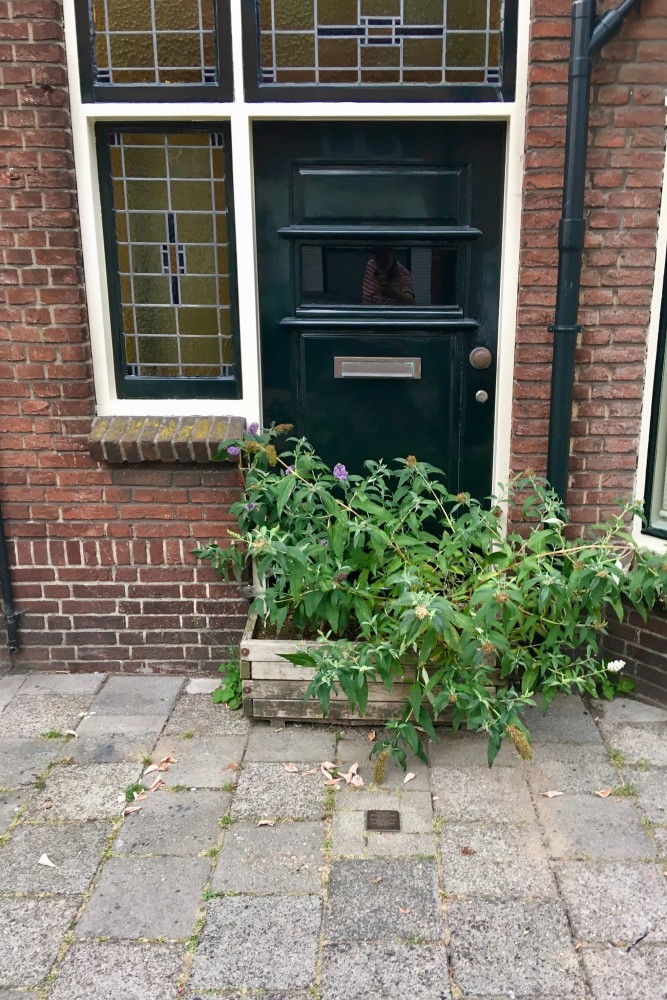 Jacob Philipson and Henrietta Simons married and had 5 children. Two sources say that Jacob Philipson was the administrator of Leidens Jewish Orphanage on Rodenburgerstraat; another source says he was a writer for the orphanage.

In 1942, the family lived at this Van der Waalsstraat address along with his mother, Rika Philipson-Waissel. In September of that year, she moved to Amsterdam to live with another son.

The Leiden orphanage was evacuated on 17 March 1943, and all the children and employees were sent to Westerbork. Helped by orphanage staff, the Philipson family members went into hiding in different locations. Jacob Philipson hid at his parents-in-laws house in Leiden, a few blocks away from this address. All three were arrested there on 23 June 1943 and murdered in Sobibor a month later: Jacob Philipson (age 40), Jacob Simons (age 72), and Sara Simons-Soosman (69).

Jacob Philipsons wife and 5 children survived by hiding in various locations during the war. One of them, a four-year-old daughter named Sara, was hidden in Rijnsburg. In January 1944, Jew hunters from the police arrived there to collect little Sara. At that moment there were 3 resistance fighters in the building  Johannes and Marinus Post and Jan Wildschut. Wildschut shot one of the detectives so that the child could escape. One source says that Rijnsburgs mayor, who was aware of the Post brothers, told the investigators that unknown men from Leiden has been seen in the area and recommended that the investigators look in Leiden. The 3 resistance fighters were able to escape and continue their activities a while longer.