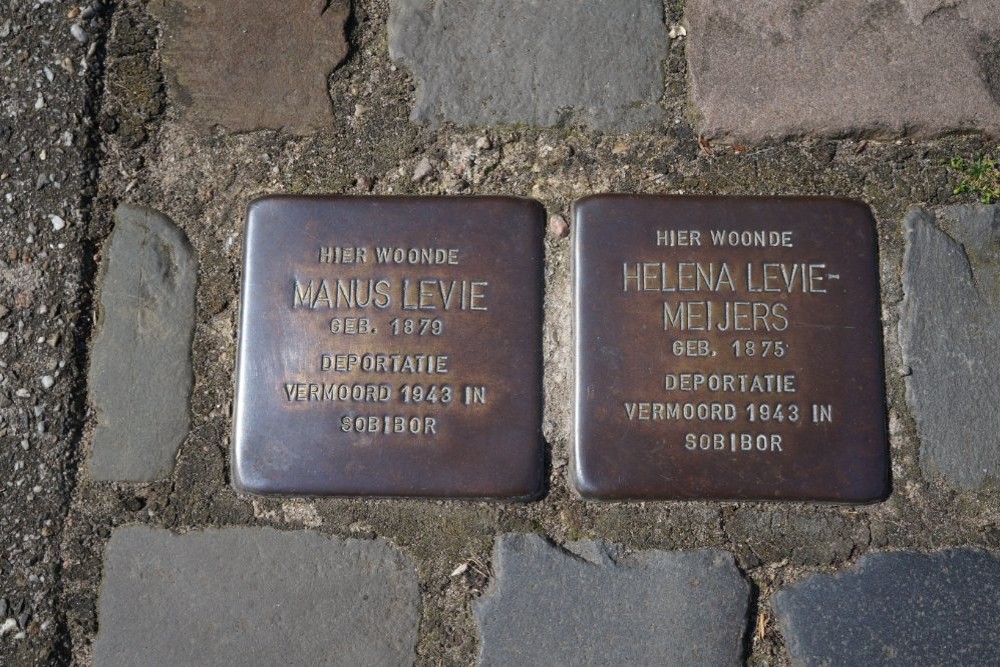 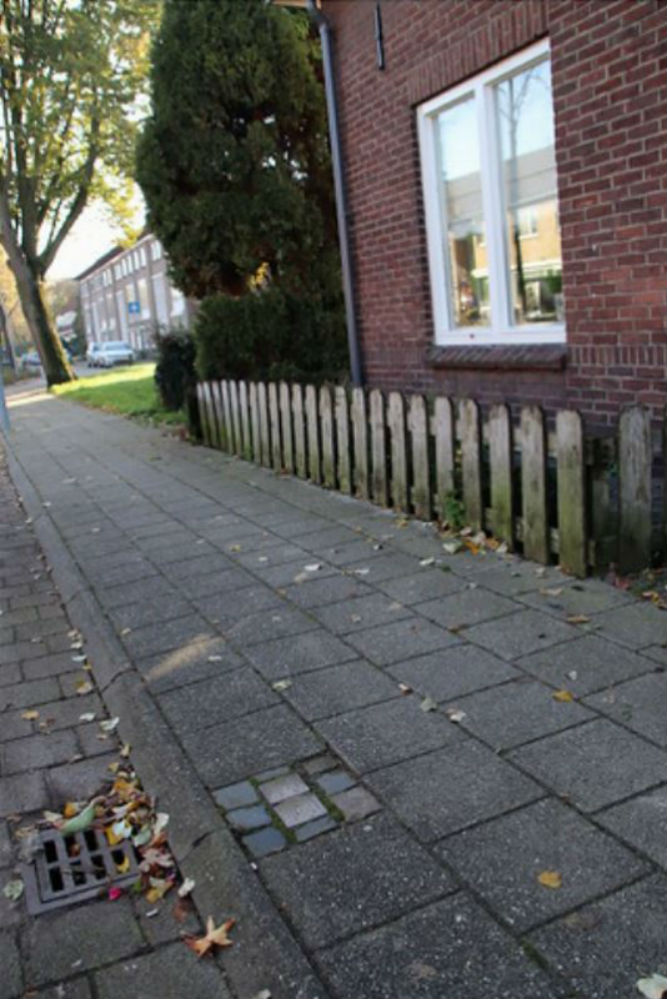 Manus Levie, a merchant, and Helena Meijers married in 1905. They married in 1905 and had a son and three daughters, all born in Doesburg.
Both parents were killed in Sobibor on the same day -- 21 May 1943.

Stolpersteine for their daughter, Mariana Houtkruijer-Levie, and her husband, Alexander Houtkruijer, are at Molenbeekstraat 13 in Amsterdam.