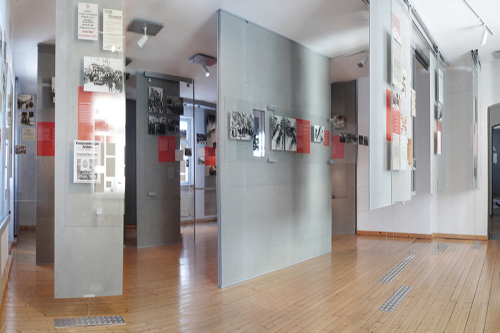 This museum is not on the location of the former camp but is located in the centre of Ebensee.