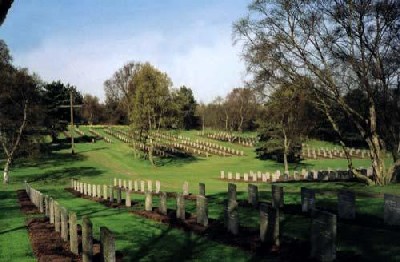 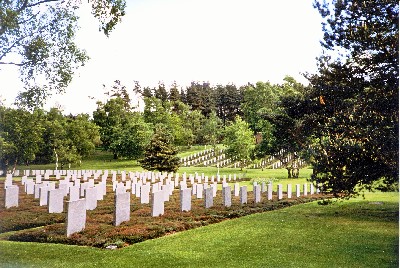 This German war cemetery was set up to collect almost all the German graves in the United Kingdom. There are 2,797 graves from the Second and 2,143 from the First World War. Most of them are of POWs, but there are also graves of crewmembers of crashed planes and of casualties who were washed up.

The German graves which are in the military cemeteries in the United Kingdom were untouched. They are taken care of by the Commonwealth War Graves Commission.