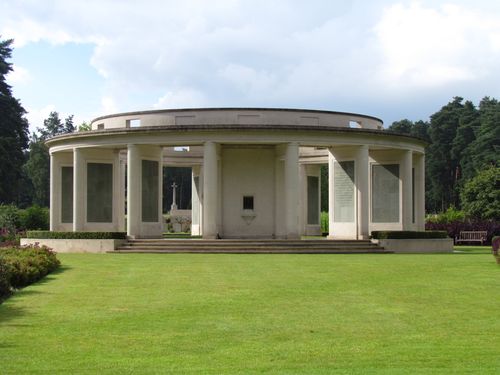 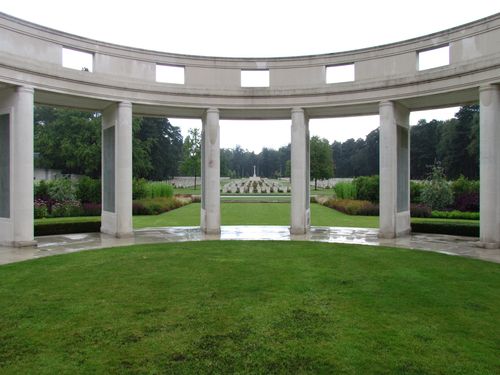 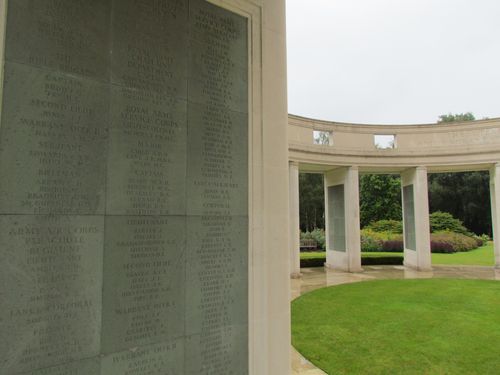 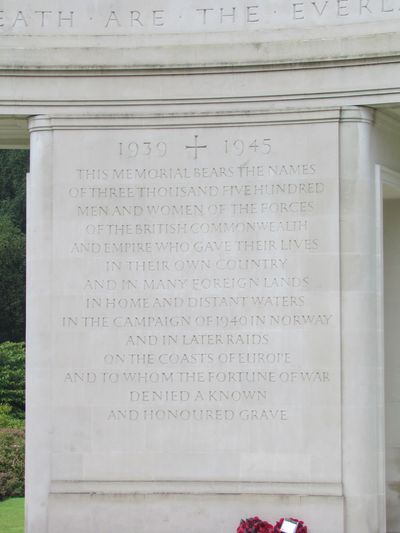 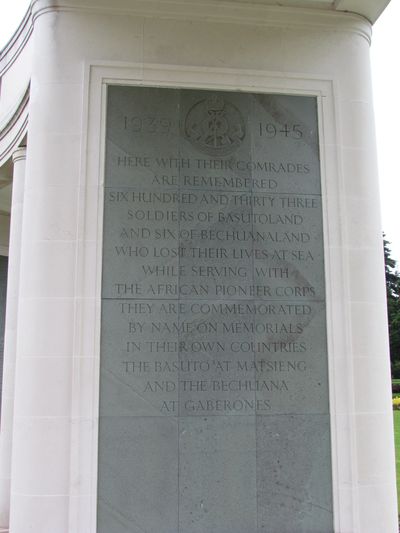 The Brookwood Memorial commemorates 3,433 men and women of the land forces of the Commonwealth who died during the Second World War and have no known grave, the circumstances of their death being such that they could not appropriately be commemorated on any of the campaign memorials in the various theatres of war. They died in the campaign in Norway in 1940, or in the various raids on enemy occupied territory in Europe such as Dieppe and St Nazaire. Others were special agents who died as prisoners or while working with Allied underground movements. Some died at sea, in hospital ships and troop transports, in waters not associated with the major campaigns and a few were killed in flying accidents or in aerial combat. 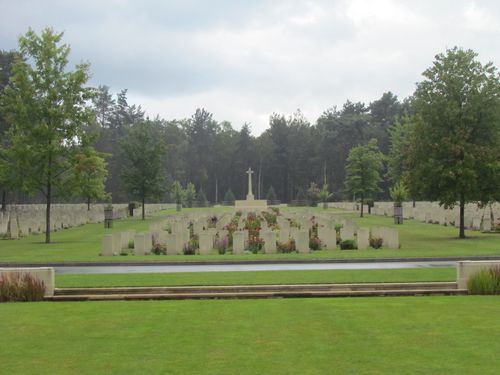