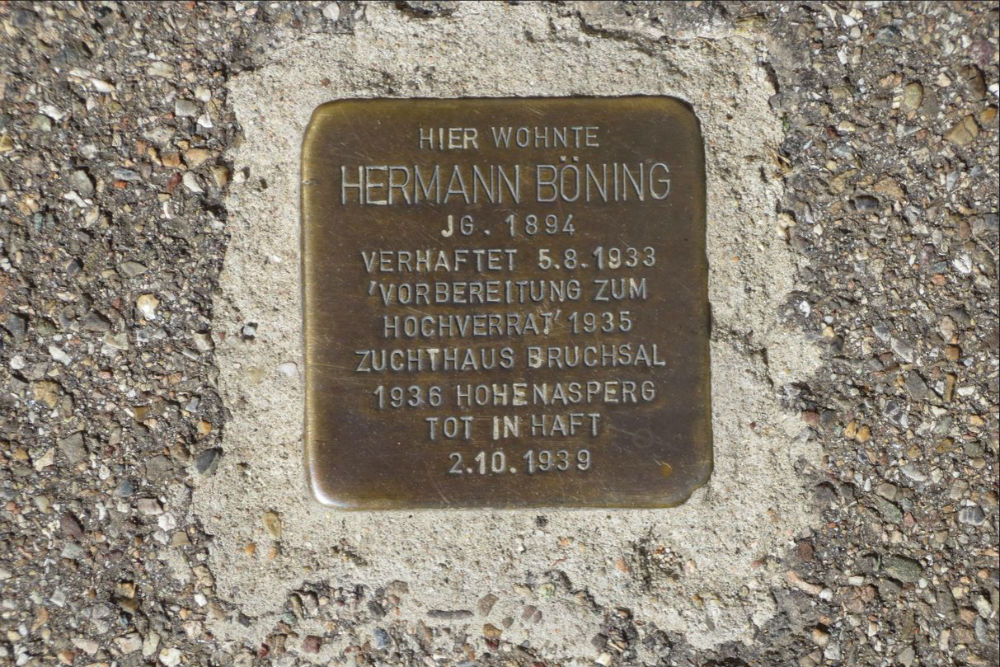 Hermann Böning served in World War I. Afterwards, he worked for the National Railways as a locomotive engineer/driver. He became active in the communist party (Kommunistische Partei Deutschlands - KPD) and was arrested several times for violations such as participating in banned demonstrations. He was a KPD representative in the Baden State Parliament from 1929-1933. Then, in 1933, the communist party was banned. He continued to be active in organizing resistance against Nazism and was arrested at a meeting.

Just 30 days before his scheduled release from prison, he died of a skull fracture, officially, due to a road accident: a vehicle towing a trailer holding Hermann Böning and others was speeding downhill and the trailer hit a wall, throwing out the prisoners.

Another stolperstein for Hermann Böning is in Karlsruhe, on Ständehausstraße 2. Stolpersteine were installed there in November 2013 for 11 members of the Baden State Parliament, representing political parties which were made illegal in 1933.