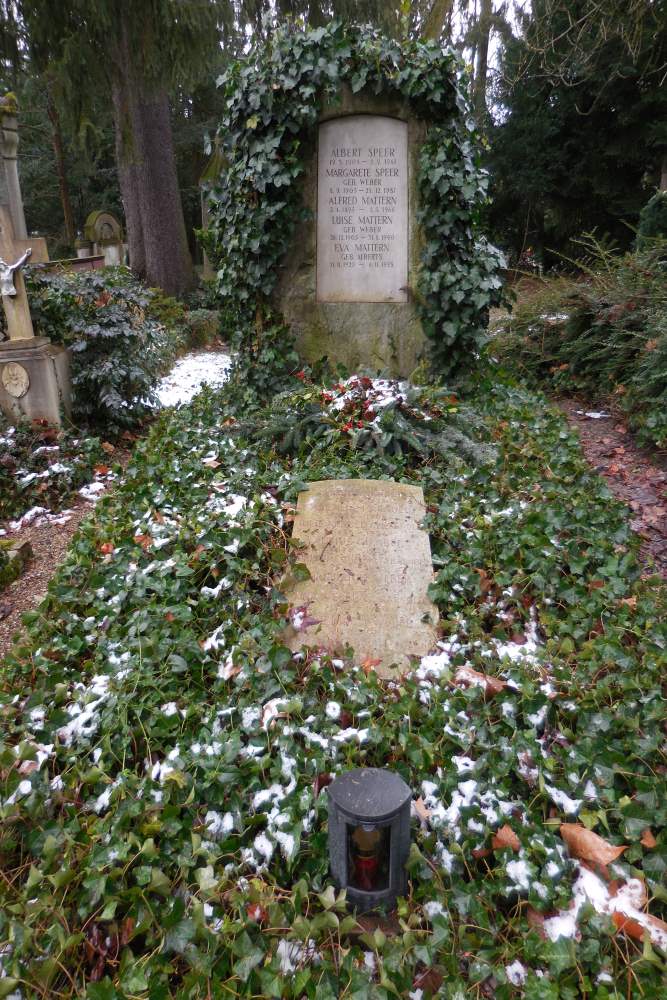 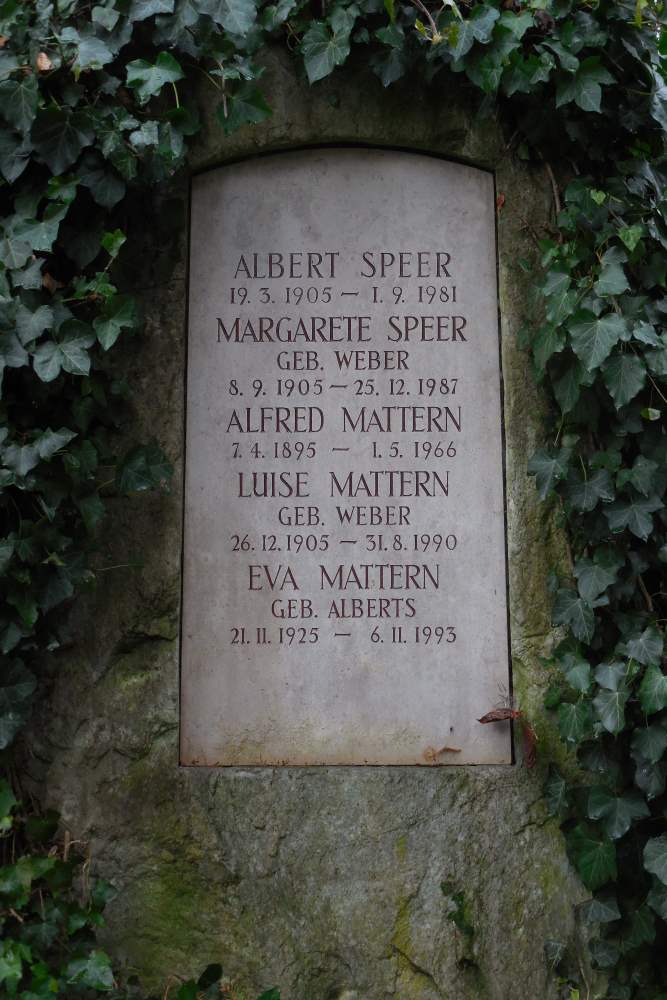 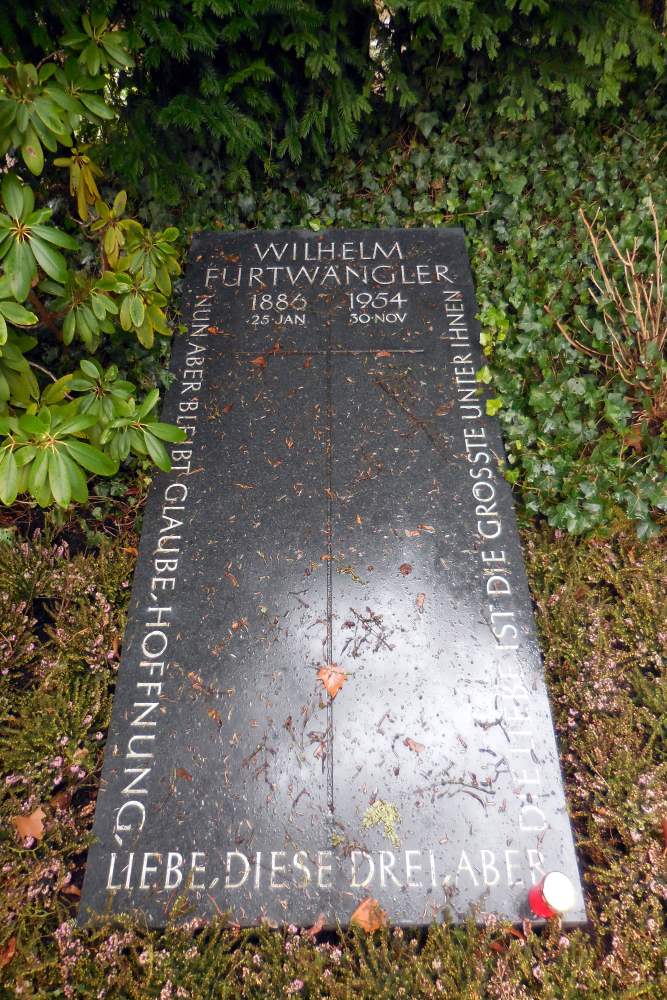 At the cemetery of Heidelberg rests Albert Speer.

Berthold Konrad Hermann Albert Speer March 19, 1905  September 1, 1981) was a German architect who was, for most of World War II, Minister of Armaments and War Production for Nazi Germany. Speer was Adolf Hitler's chief architect before assuming ministerial office. As "the Nazi who said sorry", he accepted moral responsibility at the Nuremberg trials and in his memoirs for complicity in crimes of the Nazi regime, while insisting he had been ignorant of the Holocaust. Speer joined the Nazi Party in 1931, launching himself on a political and governmental career which lasted fourteen years. His architectural skills made him increasingly prominent within the Party and he became a member of Hitler's inner circle. Hitler instructed him to design and construct structures including the Reich Chancellery and the Zeppelinfeld stadium in Nuremberg where Party rallies were held. Speer also made plans to reconstruct Berlin on a grand scale, with huge buildings, wide boulevards and a reorganized transportation system. In February 1942, Hitler appointed Speer Minister of Armaments and War Production. He was fêted at the time and long afterwards, for performing an "armaments miracle" in which German war production dramatically increased; this "miracle", however, was brought to a halt by the summer of 1943 by, among other factors, the first sustained Allied bombing of 1943. After the war, he was tried at Nuremberg and sentenced to 20 years in prison for his role in the Nazi regime, principally for the use of forced labor. Despite repeated attempts to gain early release, he served his full sentence, most of it at Spandau Prison in West Berlin. Following his release in 1966, Speer published two bestselling autobiographical works, Inside the Third Reich and Spandau: The Secret Diaries, detailing his close personal relationship with Hitler and providing readers and historians with a unique perspective on the workings of the Nazi regime. He later wrote a third book, Infiltration, about the SS. Speer died of natural causes in 1981 while on a visit to London.

Fürtwangler, Wilhelm, born 25-01-1886 in Berlin, was a German conductor and composer. He was born in Berlin into a prominent family. His father Adolf was an archaeologist, his mother a painter. Most of his childhood was spent in Munich, where his father taught at the university in that city. He was given a musical education from an early age and developed an early love of Ludwig van Beethoven, Beethoven died in Vienna age 56, on 28-03-1827, a composer with whom he remained closely associated throughout his life. Hitler spent much time in Bayreuth with Winifred Wagner for the Wagner Spielen, performances.