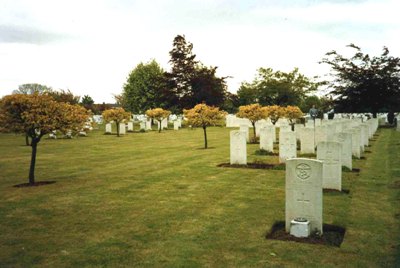 Hull Northern Cemetery contains 279 Second World War burials, most of them scattered but about 50 of them forming a war plot. There are also 69 scattered First World War burials. A screen wall in the war graves plot also bears the names of a number of casualties of both wars buried in other Hull cemeteries where their graves could no longer be maintained, bringing the total number of burials and commemorations of the Second World War to 298, including 2 unidentified sailors of the R.N. and First World War to 114. The screen wall also commemorates 56 servicemen and women whose remains were cremated in the Hull Crematorium. There are 13 Foreign National war burials here including 2 unidentified German airmen.