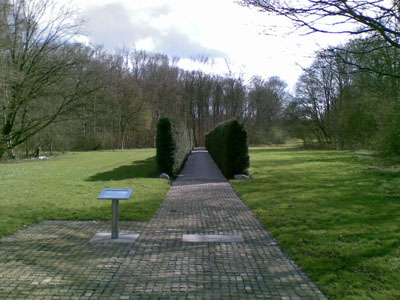 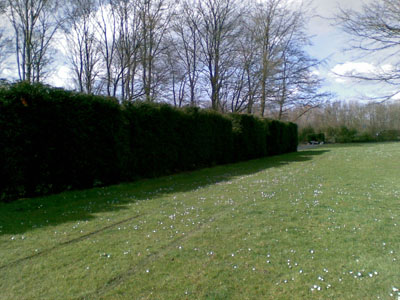 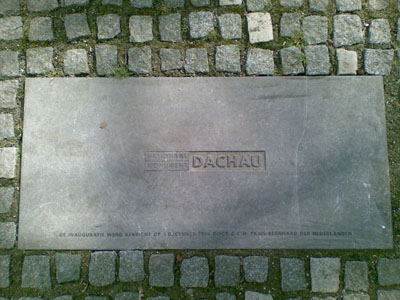 On December 3rd, 1996, H.R.H. Prins Bernard and Prinses Juliana were the first to walk through the National Monument for Dachau which has been placed in the Amsterdamse Bos (which of course is in Amsterdam).

On request of some former prisoners of the camp, Niek Kemps the artist, designed more than fifty years after the liberation of the camp, a walkway of approximately 60 yards long in between two rows of tailored yew hedge (like in Dachau where the Lagerstasse [camp street] is bordered by high poplars) as the National Dachau Monument.

The pathway has been laid out with flagstones out of Belgian blue hard stone and not totally equal; the small steps in the road are the symbols of the hardships of the prisoners moving around in Dachau. And walking along this path, 60 yards up and 60 yards down, you will encounter all 500 names of concentration camps of the Second World War.

Every year during the memorial service, which usually is held on or around 29 April (the day in 1945, the camp was liberated) children of the Merkelbach school, who have adopted the monument, distribute a flower to each person entering the monument. In the course of time it has become a tradition, that these flowers are stuck into the yew hedge which enlivens its dark green color.