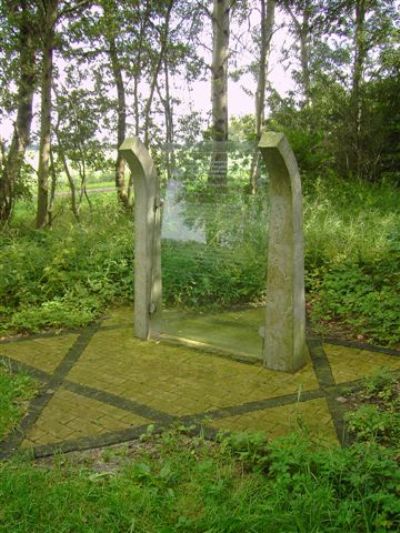 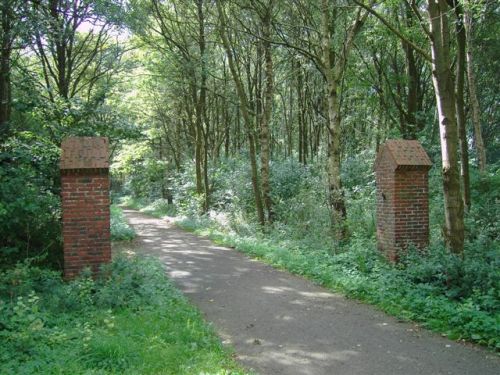 The memorial is revealed on October 2nd 2002 and commemorates the prisoners of the Labour Camp "Ybenheer". In the Second World War Jews were also kept prison here.

The monument is the same as that for camp It Petgat in Blesdijke and De Landweer in Elsloo and consists of two concrete poles, both with curved tops, with information about the camp written on a glass plate between the poles.

It was unvealed exactly 60 years after the evacuation of the camp. The 215 prisoners were all then deported to Westerbork, where they almost all have died in the gas chambers of Auschwitz or Sobibor.