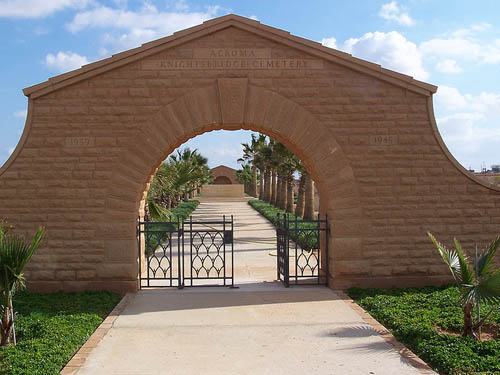 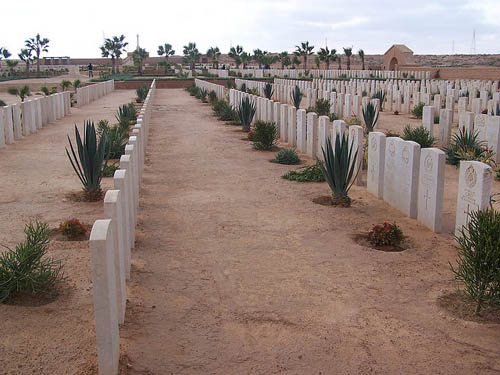 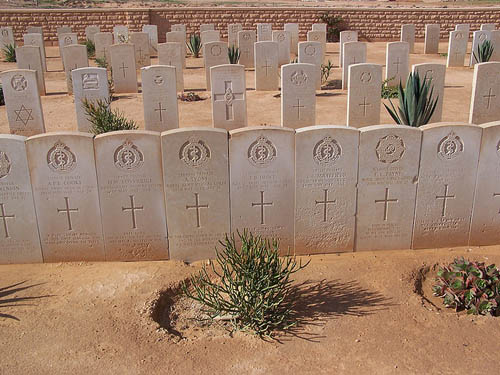 Knightsbridge was a key position in the Second World War in Northern Africa and the pivot on which the armour manoeuvred during the heavy fighting which commenced in late May 1942. Fierce actions were fought at all these places and a battlefield cemetery was created at each for the burial of the dead. The graves of many of those who gave their lives during the campaign in Libya were later gathered into Knightsbridge War Cemetery from the battlefield burial grounds and from scattered desert sites. The men who fought and died with them, but have no known grave, are commemorated on The Alamein Memorial which stands in El Alamein War Cemetery, Egypt. There are now 3,651 Commonwealth servicemen of the Second World War buried or commemorated in Knightsbridge War Cemetery. 993 of the burials are unidentified and special memorials commemorate a number of casualties known or believed to be buried among them.