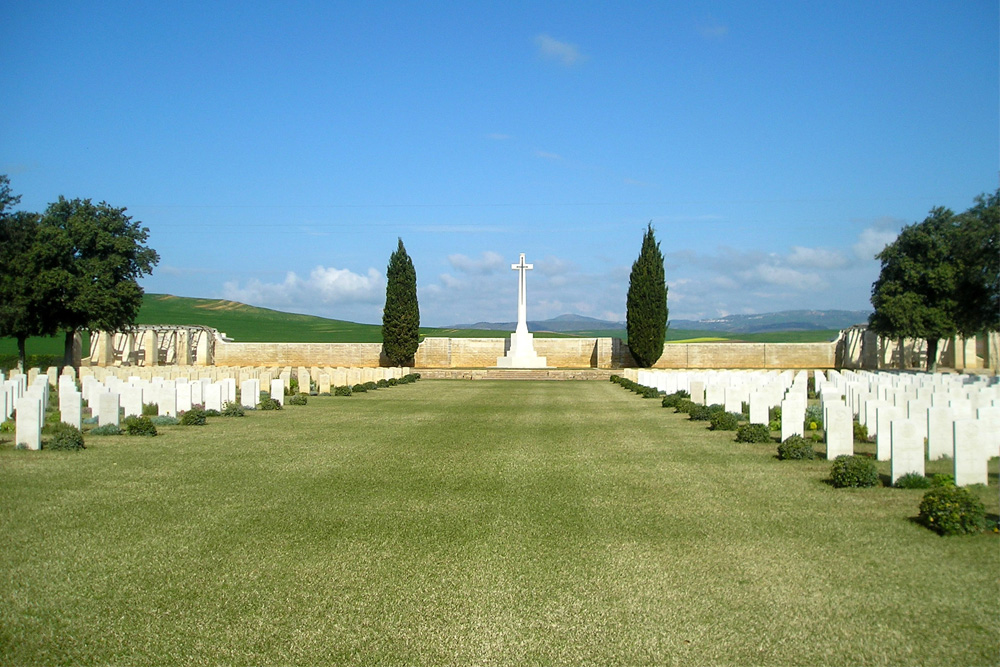 Medjez-el-Bab was at the limit of the Allied advance in December 1942 and remained on the front line until the decisive Allied advances of April and May 1943. There are 2,903 Commonwealth servicemen of the Second World War buried or commemorated in Medjez-el-Bab War Cemetery. 385 of the burials are unidentified. Special memorials commemorate three soldiers buried in other cemeteries, whose graves are now lost. 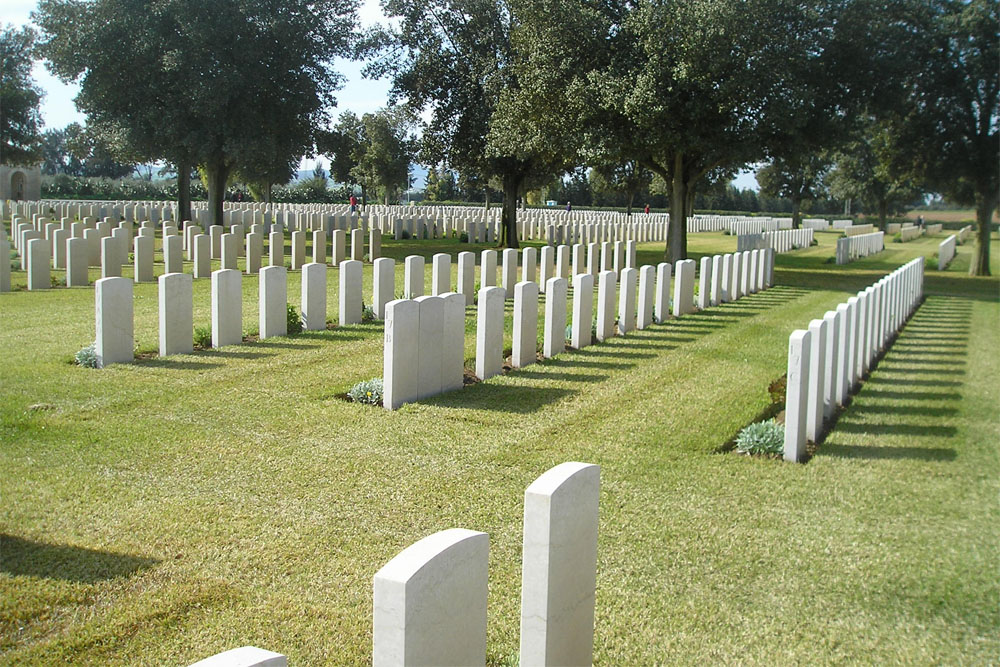