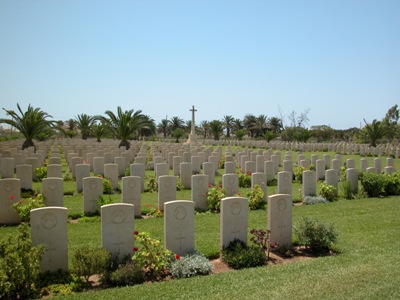 Most of those buried in Sfax War Cemetery died in attacks on successive Axis positions at Medenine, the Marith Line and Wadi Akarit, in March and April 1943. The cemetery contains 1,253 Commonwealth burials of the Second World War, 52 of them unidentified. The single First World War grave in Sfax War Cemetery was brought in from Bizerta Sidi Saleru Moslem Cemetery in March 1983. There is also 1 Greek soldier of the 1939-45 war buried here.