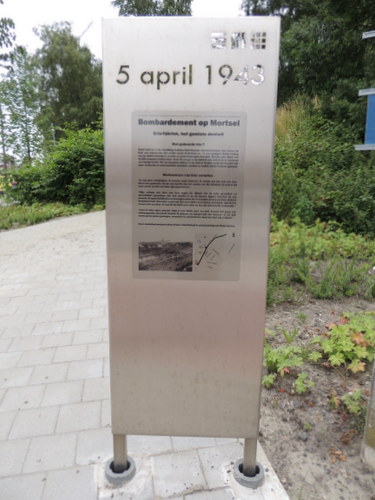 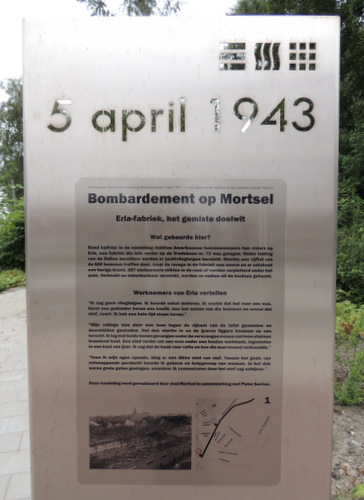 Erla factory, the missed target [/ i]
What happened here?
Around half past three in the afternoon, American bombers aimed their sights on Erla, a factory located a little further on Vredebaan No. 72. Fighter planes were repaired under the leadership of the German occupiers. Only five of the 600 bombs hit the target, but the havoc was enormous and a fierce fire started. 307 employees were suffocated in the smoke or were crushed under the rubble. Charred and mutilated beyond recognition, they were subsequently removed from the sheds.

Employees of Erla tell [/ i]
"I didn't see any planes. I only heard engines. I felt that it was for us. First a thunder above our heads, then the whistling of those bombs and all that dust, black. I have been trembling for a long time."
"My colleague had been thrown against the side of the table by a bomb and cut in half. The roof collapsed and the iron girders fell on us. I was trapped with both legs under the twisted mass of two pieces of burning wood. a man sat under a wooden workbench, enclosed in an iron cage. I saw the bench catch fire and how that man burned alive ".
"When I opened my eyes, there was a thick mist of dust. Between the hiss of escaping compressed air I heard moans and calls for help from people. Big holes had been punched in the roof, through which I saw the sun's rays shining through the dust."