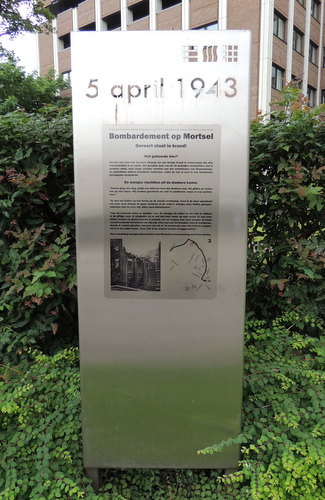 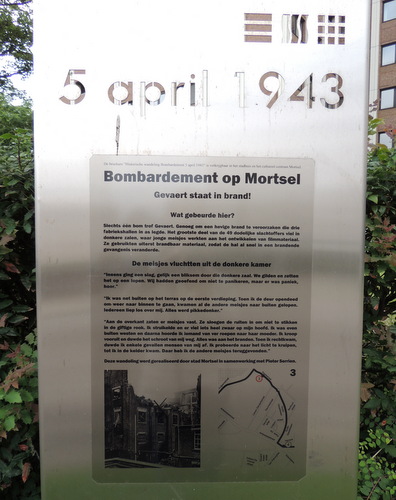 Gevaert is on fire! [/ i]
What happened here?
Only one bomb hit Gevaert. Enough to start a fierce fire that reduced three factory halls to ashes. Most of the 49 fatalities fell in dark halls, where young girls worked on developing film material. They used highly flammable materials, so the hall soon turned into a burning prison.

The girls fled from the dark room [/ i]
"Suddenly a blow, like lightning, went through that dark hall. We screamed and ran. We had practiced not to panic, but there was panic."
"I was just outside on the terrace on the first floor. When I opened the door to go back in, all those girls came out. Everyone was walking all over me. Everything became pitch dark."
"Across the street, girls were trapped. They smashed the windows so as not to choke on the toxic smoke. I tripped and something heavy fell on my head. I was unconscious for a moment and then I heard someone calling for her mother from afar. I crawled forward and pushed the scrap away from me. Everything was burning. When I got up, I pushed some fallen people away from me. I tried to crawl to the light until I got to the basement. There I found the other girls".