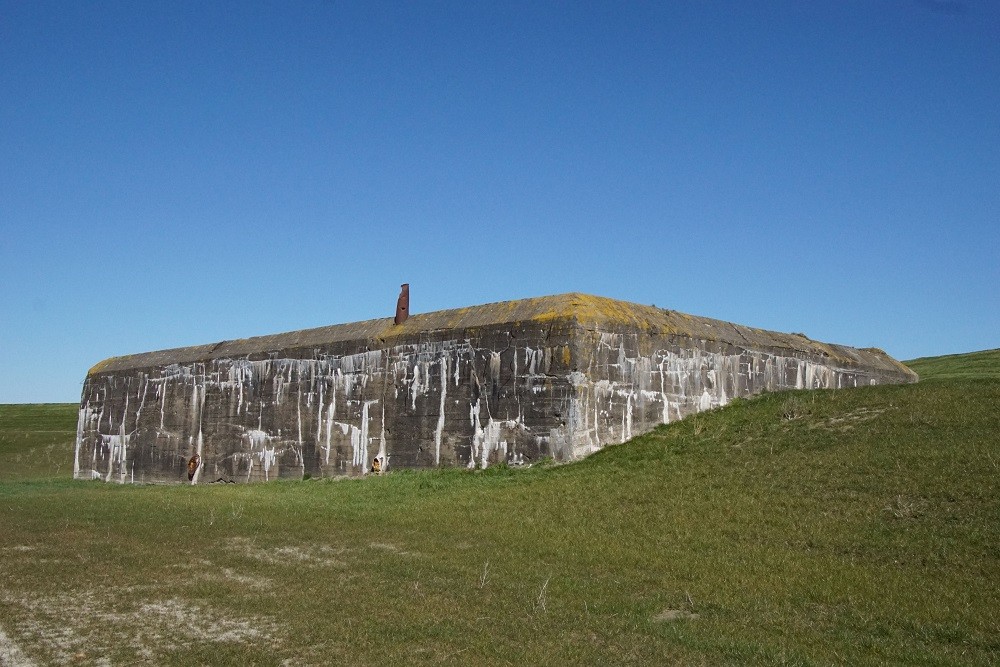 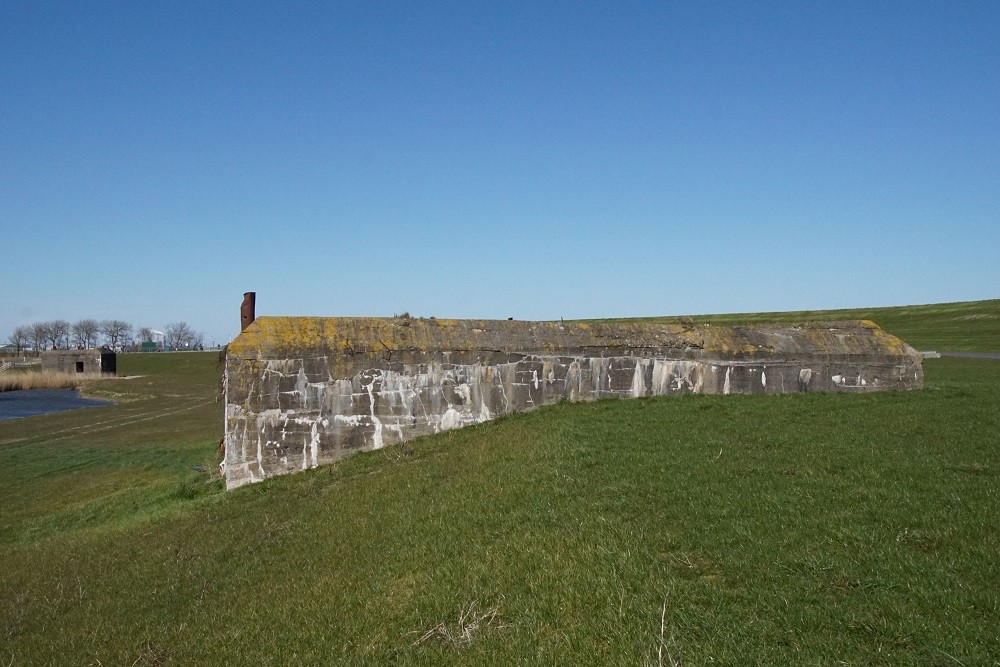 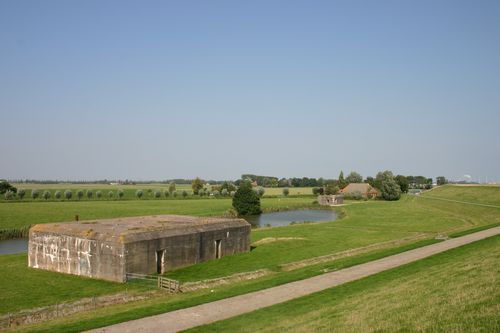 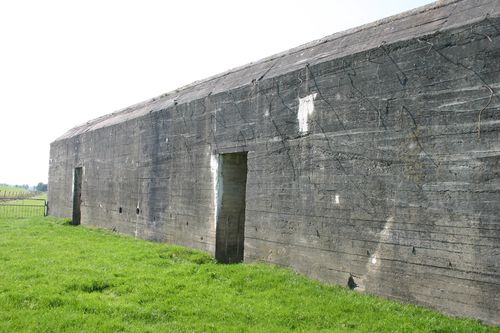 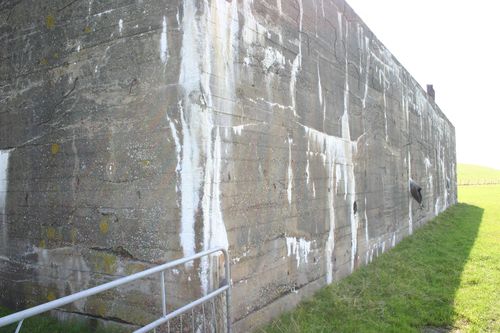 Marineflakbatterie 'Nansum'
Nearby the town of Delfzijl is Holwierde where an anti aircraft battery was built. The battery was provided with a total of six shell-proof bunkers, one of which is not built. Was the battery, next to a fire control post and gun emplacements, accompanied by some bombproof bunkers, of which only a M383 Einheitsmaschinenraum and FL246 ammunition bunker are still intact at this time.
The occupation of the battery took place by the Marineflakabteilung 256, which many anti aircraft batteries occupied in the area.
Also, the complex was in a so called Hochstand present on which a radar device of the type FuMO 201 was prepared.

Because the dike has been made wider, the German ammunition bunker FL246 of the naval flake battery Nansum is partly no longer visible.