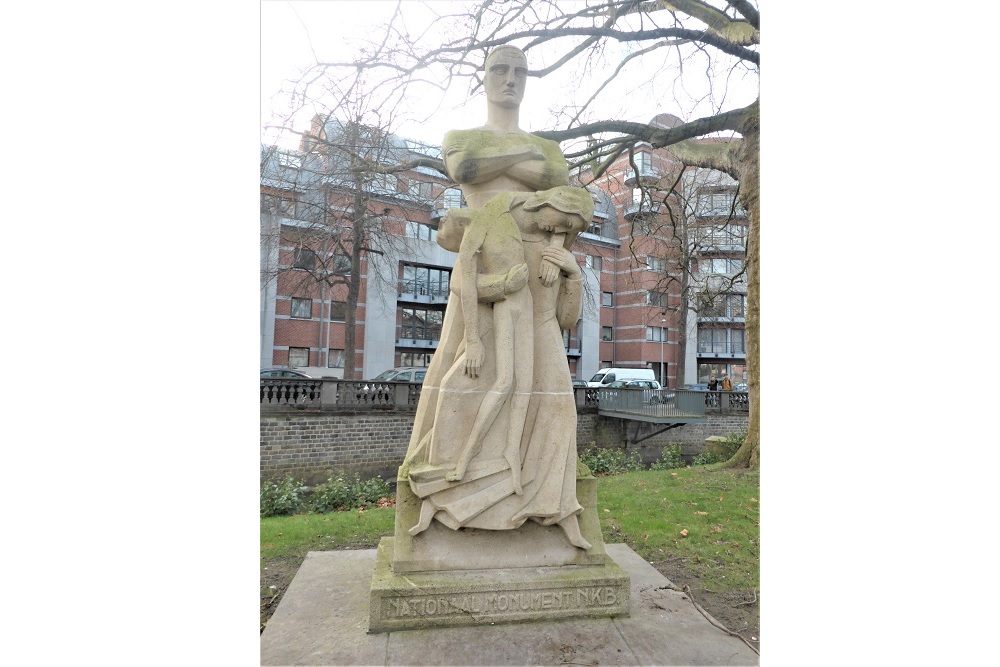 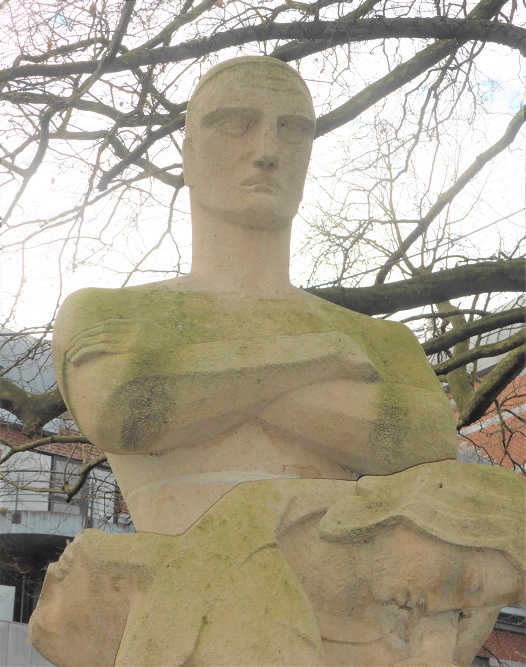 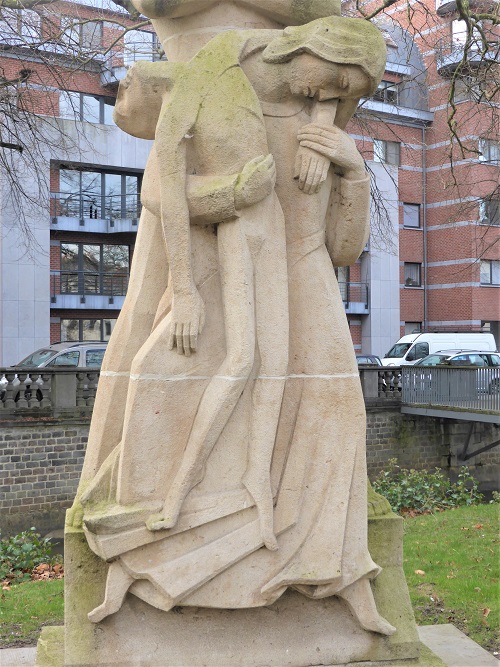 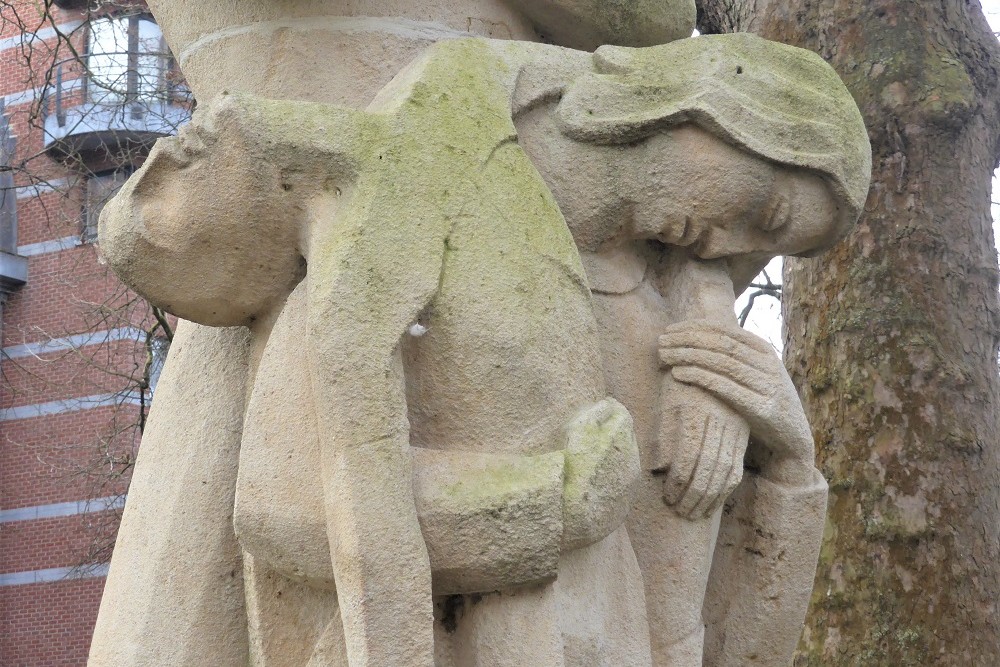 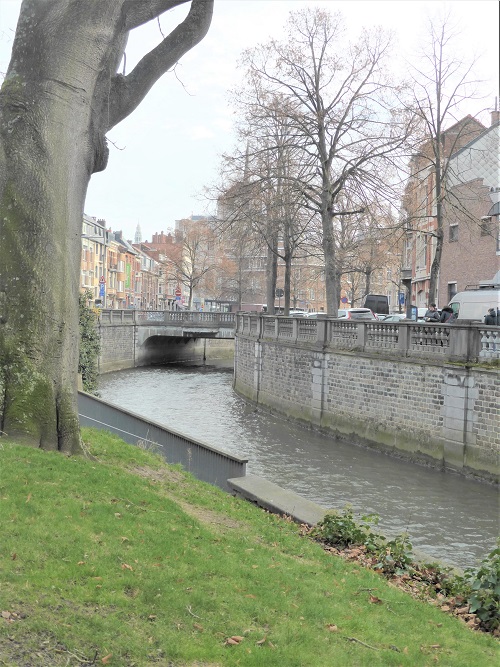 This memorial commemorates the resistance in Belgium in World War II.

The National Monument of the Resistance is located in Dirk Boutslaan, on the right bank of the river Dijle.
The National Royal Movement ordered the statue sculpted by E. De Backer. It was inaugurated in 1959.
The statue depicts a resistance standing upright behind the suffering population during the Second World War.

The National Royal Movement was a group within the Belgian resistance during the German occupation in World War II. This was mainly active in Brussels and Flanders and was politically the most right-wing of the main Belgian resistance groups.