Shelter of the Resistance Drie 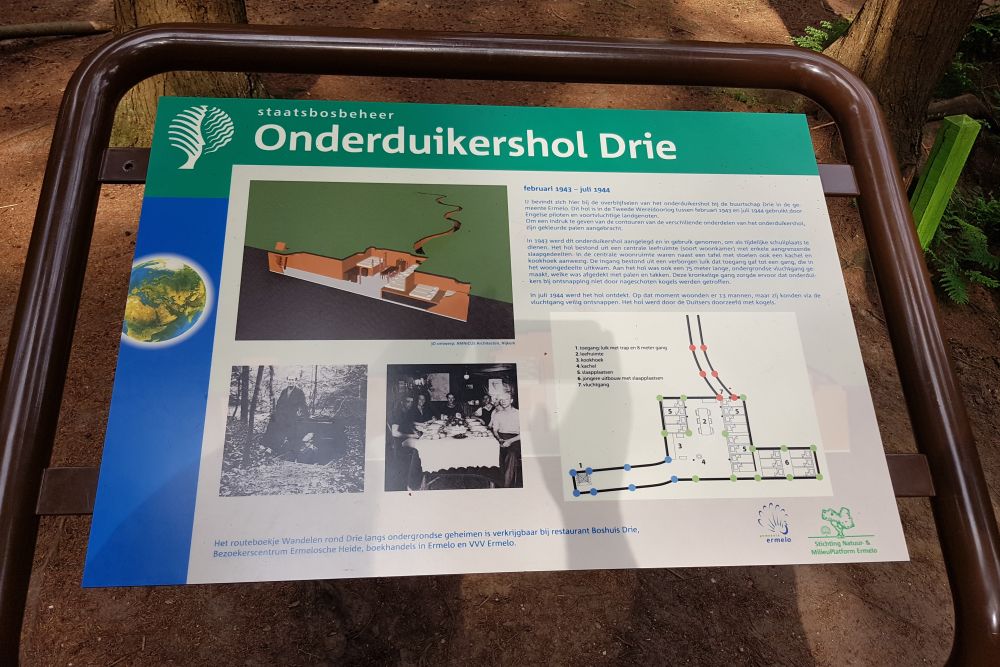 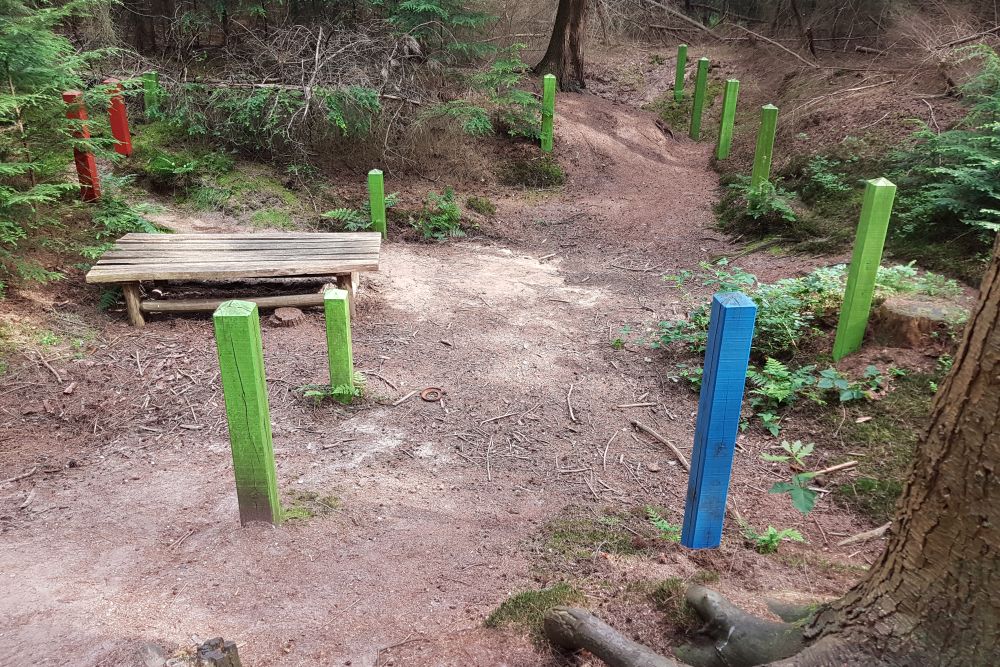 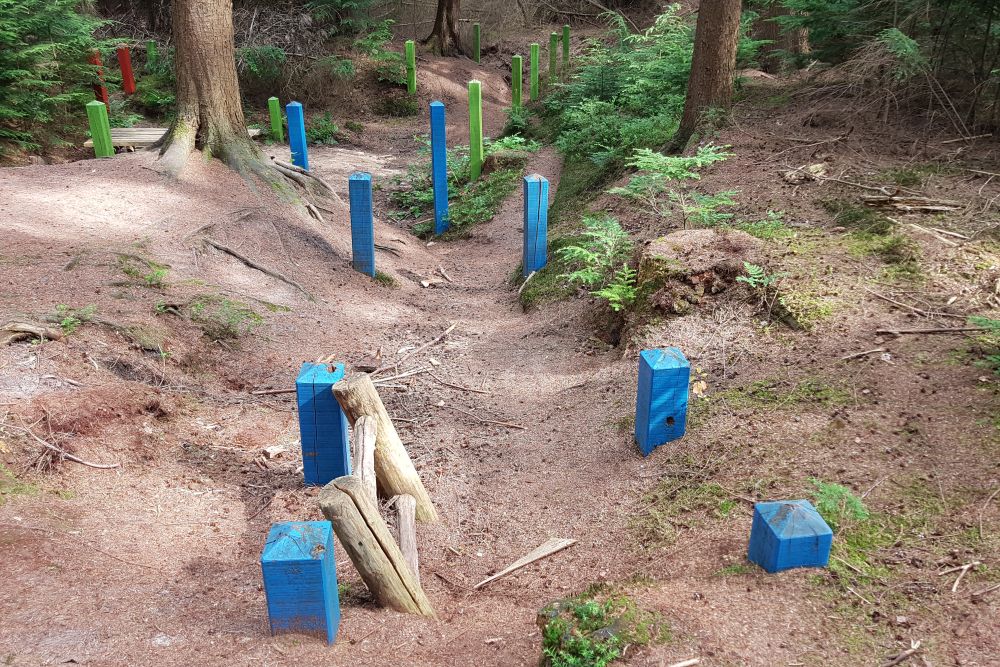 In the Speulder Forest near Drie (Ermelo) are the remains of a shelter of the resistance. Is was used in the Second World War, between February 1943 and July 1944, by Allied pilots and members of the Dutch resistance. In July 1944, the shelter was found by the Germans. At that moment 13 men were hiding there. They could all escape by using the hole way.

The give an impression of the shelter, coloured stakes were used.