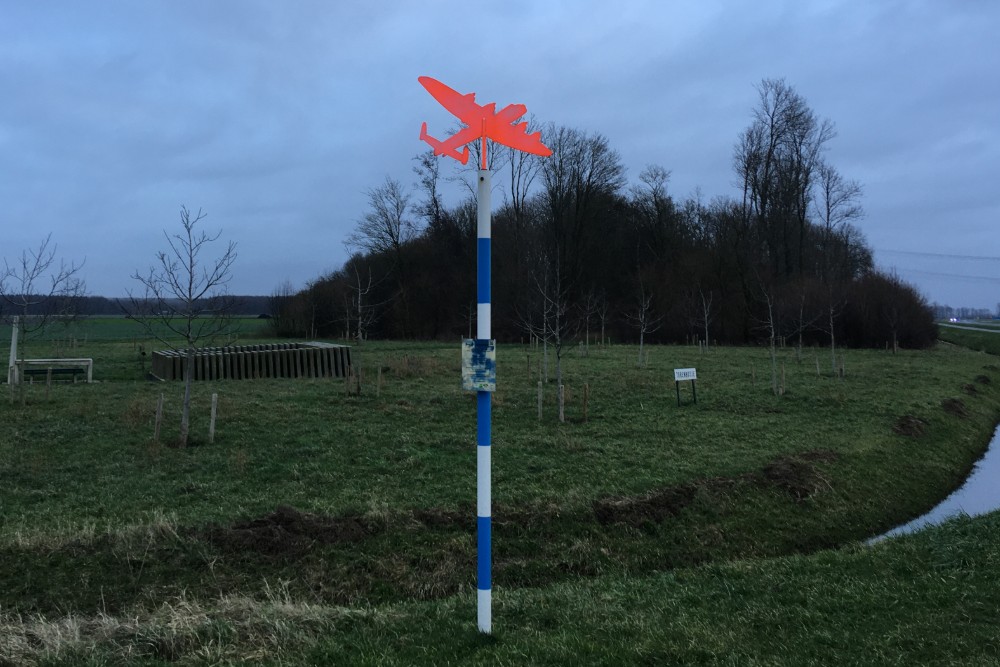 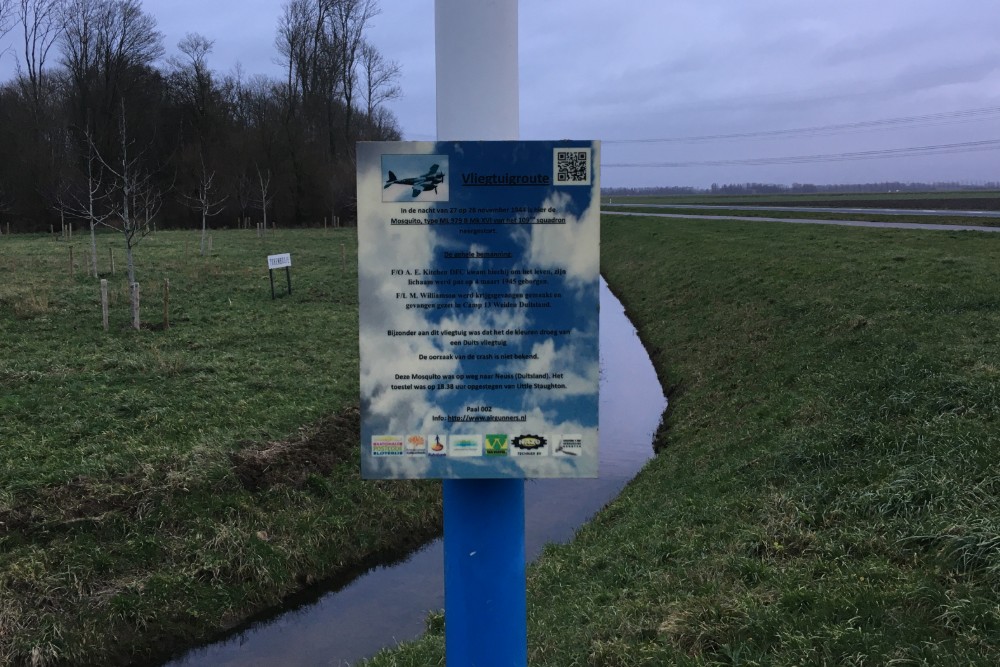 This was a Mosquito of 109 Squadron which was based at RAF Little Staughton. It was part of the Pathfinder Squadrons and on the night of the 27th November 1944 took off on a mission to mark targets at Nuess with Pilot M. Williamson and navigator Flying Officer Alfred Kitchen. Due to engine failure the aircraft crashed. The pilot managed to bail out and was captured. Flying Officer Kitchen died in the crash. His body was recovered 4th March 1945 and was buried at Kampen cemetery.