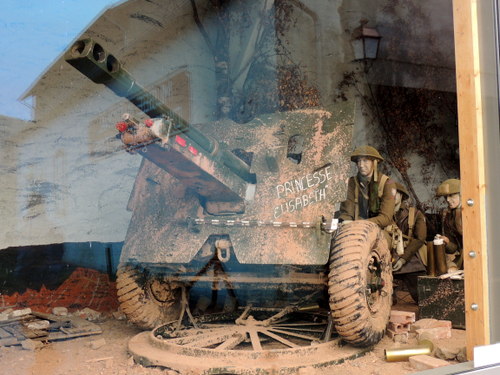 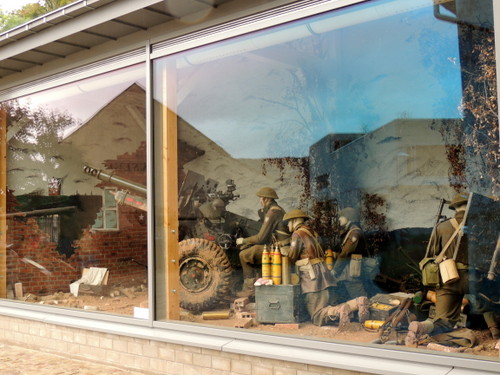 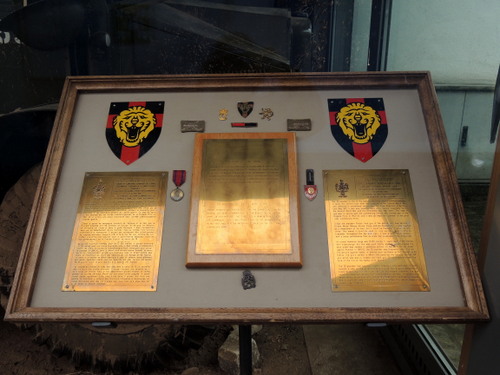 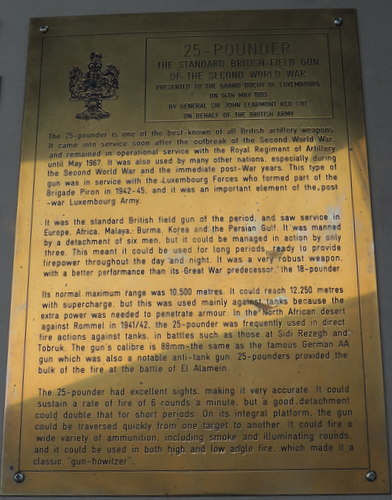 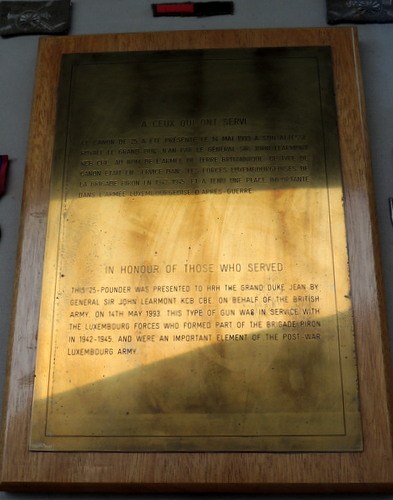 Part of the text on the plaque.
"25  pounder
The standard British field gun
of the Second World War
Presented to the Grand Duchy of Luxembourg
on 14th May 1993
by General Sir John Learmont KBC CBE
on behalf of the British Army."

The 25-pounder is one of the best-known of all British artillery weapons. It came into service soon after the outbreak of the Second World War.
It was also used by many other nations especially during the Second World War. This type of gun was in service with the Luxembourg Forces who formed part of the Brigade Piron in 1942  45.