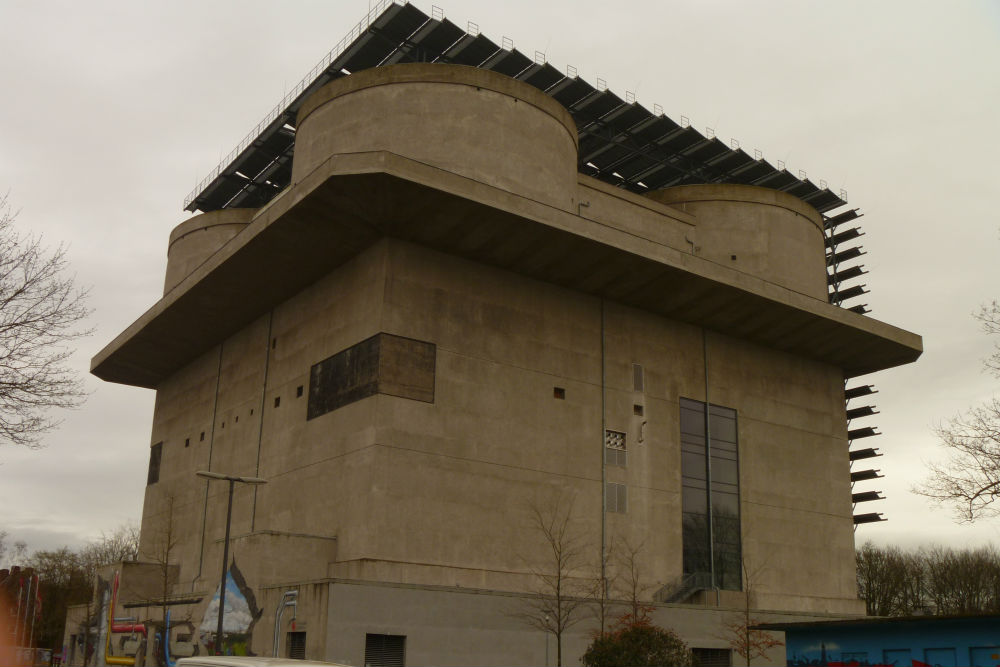 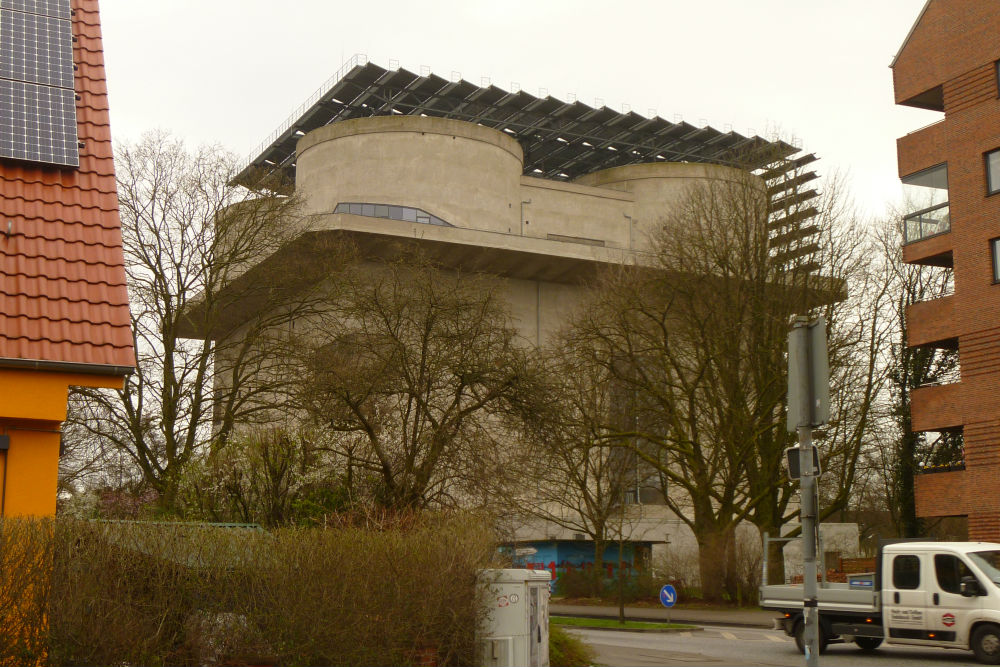 The Flakturm is of the second generation. The corresponding L-Tower was completely demolished after the war.

Currently in 2019 it has been saved and has had 30 million euros spent on it and is being used now as an electricity and heat producing solar powered power station. Renamed "Energiebunker" it now supplies about 1000 households with electricity from pv panels and heat from solar heat collectors.

It is easy to visit the bunker via the efficient public transport system on a 6.50 day ticket: From the central train station, take the S3 or S31 to Wilhelmsburg station, then the 13 bus which leaves every 5 minutes in the direction of S - Veddel to Veringstrasse mitte, you will see the bunker before you even get to the stop. jump out and walk a couple of minutes to the bunker. on the way back take bus 13 on the other side of the road in the direction of S - Wilhelmsburg and get out at the train station and jump on the next train back to the central station.