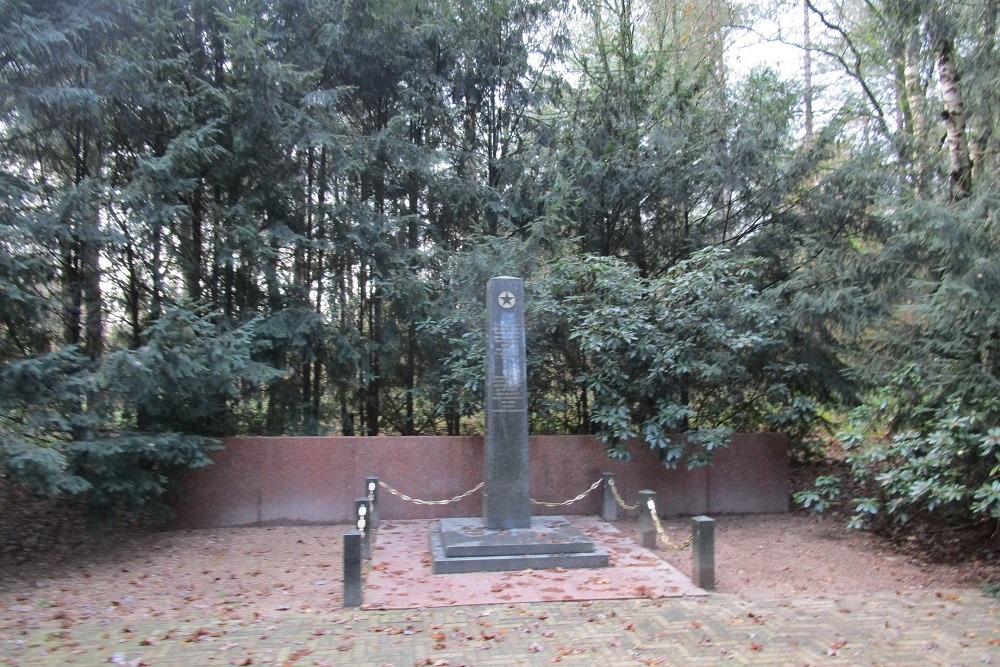 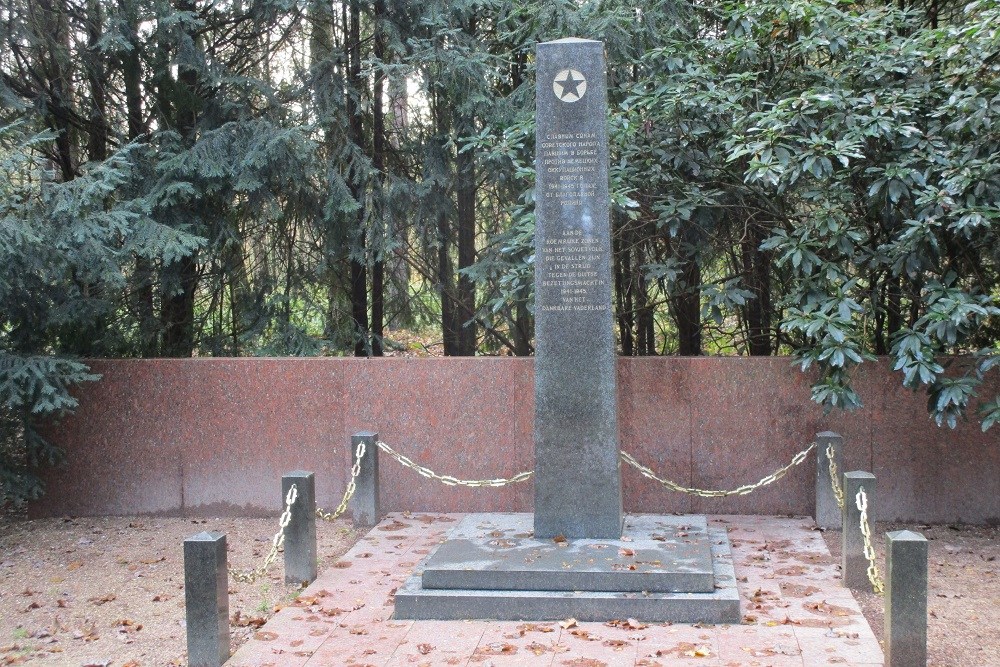 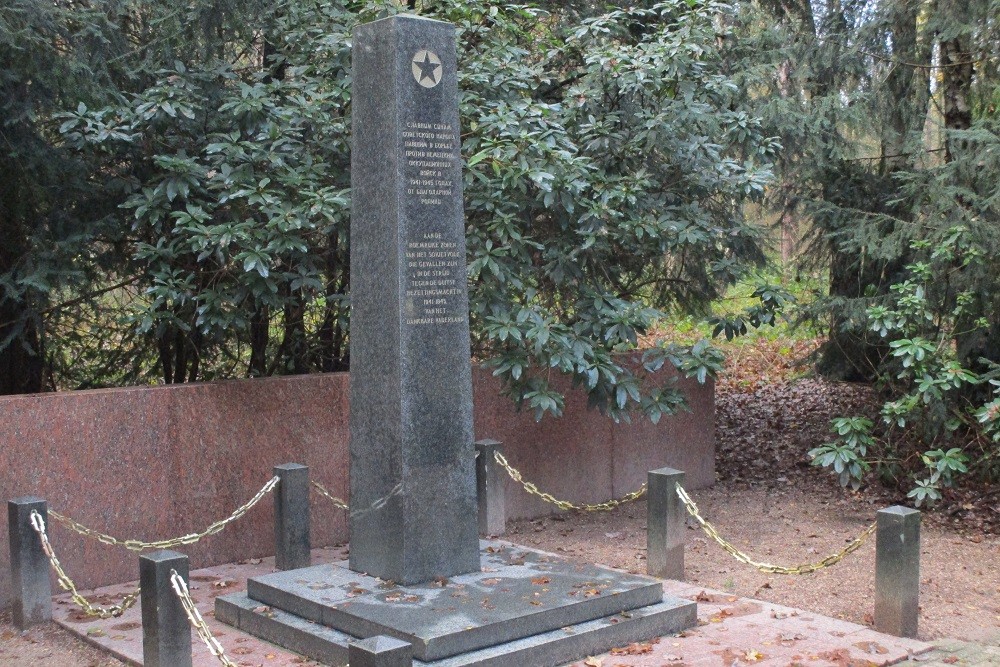 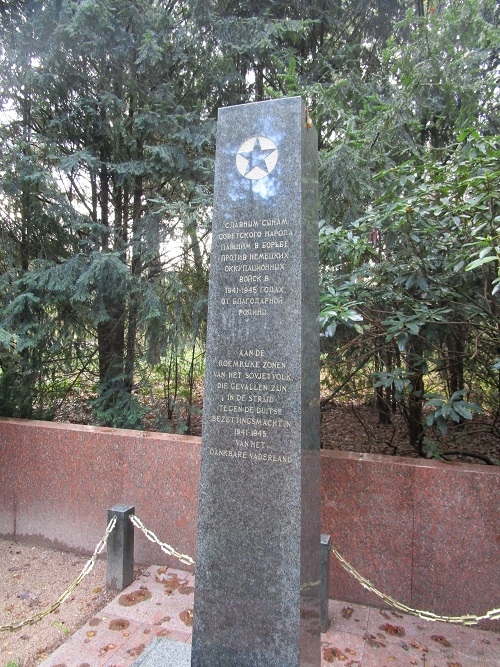 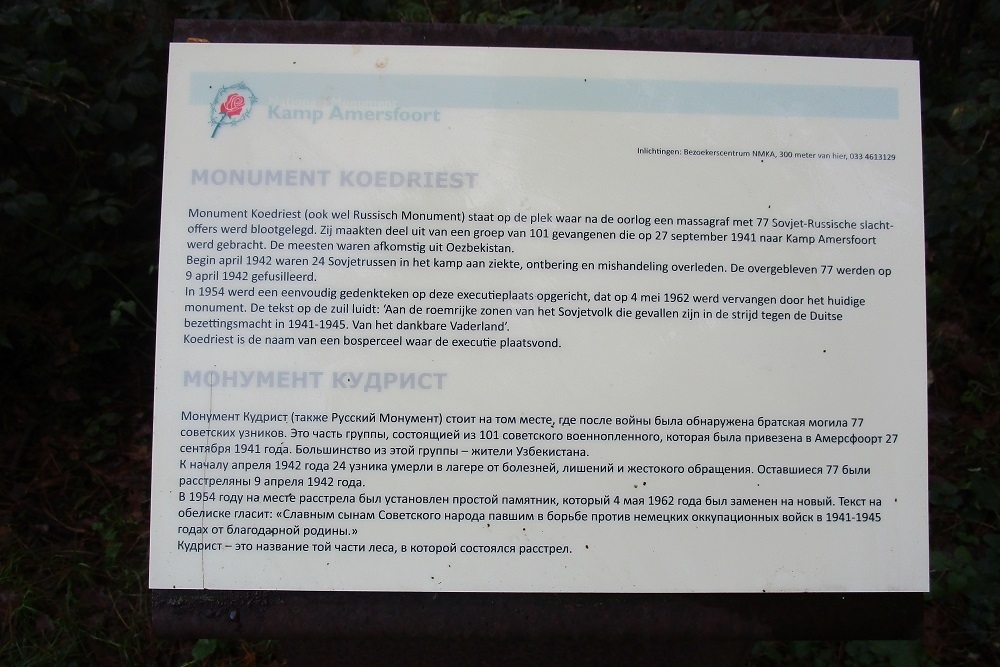 The following text is on the plaque:
Monument Koedriest (also called Russian Monument) stands on the spot where after the war a mass grave with 77 Soviet-Russian victims was exposed. They were part of a group of 101 prisoners who were brought to Camp Amersfoort on 27 September 1941. Most were from Uzbekistan.
At the beginning of April 1942, 23 Soviet Russians in the camp had died of sickness, deprivation and abuse.
The remaining 77 were shot on April 9, 1942.


In the early hours of the morning of 9 April, 1942, 77 Russian Prisoners of War, that had succeeded to survive till this day, were executed in little groups of four persons and at the bank of a large hole in the ground in Amersfoort. The bodies were covered with quicklime.

In 1954 the place where this crime had been committed, was marked with a simple monument which has been replaced with the present memorial plaque. This memorial tablet is being called "Monument Koedriest". But the population calls this memorial "the Russian Monument". "Koedriest " is actually a description of the area where the executions took place (in Dutch this name points towards a poor piece of land, too arid to be used for grazing). Also today it is a dry area covered with some grass and some underbrush.

The text on the monument can be translated as follows:

The designer of the monument is unknown. In 1990 the public primary school ïn Leusden "De Wegwijzer" has adopted the monument.
Accessibility:

The memorial stone can be reached through the Loes van Overeemlaan and is situated behind the former Kamp Amersfoort.
Opening hours: Freely accessible.