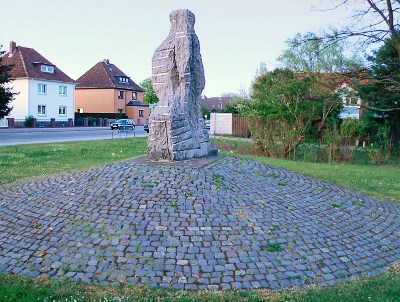 In Misburg was an satellite camp of the Neuengamme concentration camp, from 26 June 1944 to 8 April 1945. About 1000 - 1200 people were imprisoned here and used as slave labour. The memorial commemorates the at least 55 prisoners who died in this camp. Most of the prisoners came from France, Poland of the Soviet Union, but there were also prisoners from Belgium and the Netherlands.

At the end of the war al surviving prisoners were send to Bergen-Belsen.