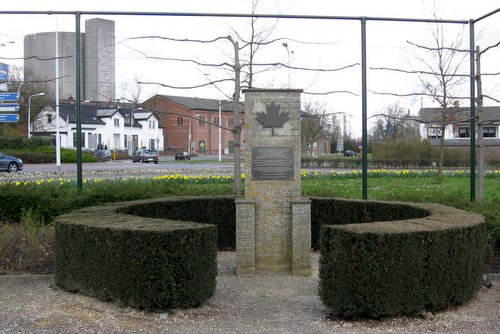 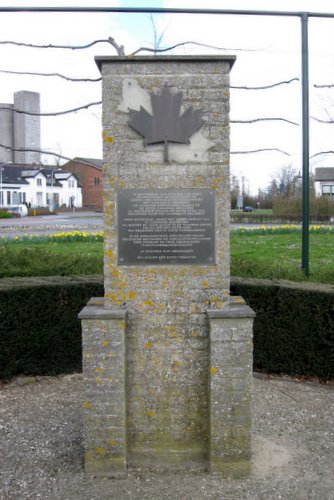 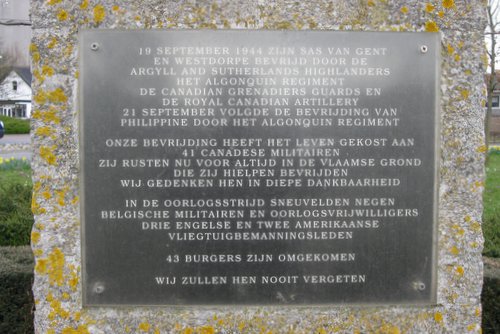 The text on the plaque can be translated as follows:
On September 19th, 1944, Sas van Gent
and Westdorpe have been liberated
by the Argyll and Sutherland Highlanders
the Allonquin Regiment
the Canadian Grenadiers Guard and
the Royal Canadian Artillery.
On September 21st the liberation
of Philippine by the Alonquin Regiment followed.

Our liberation has cost the lives of
41 Canadian soldiers.
They now rest in peace for ever in
Flemish earth
that they helped to liberate.
We remember them with deep gratefulness.

We will never forget them.