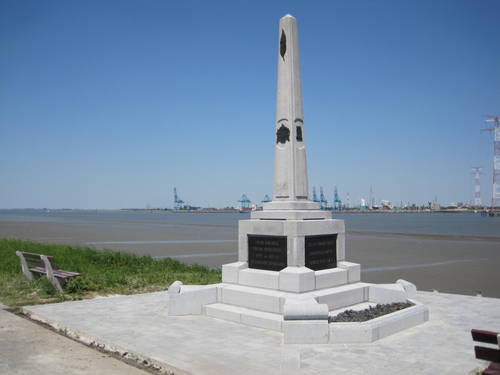 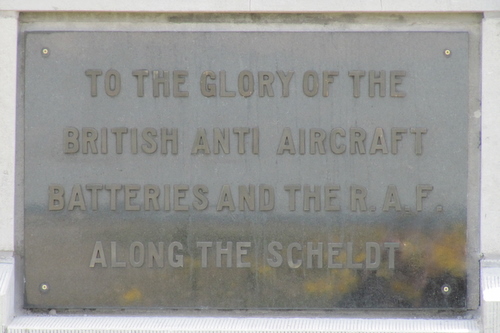 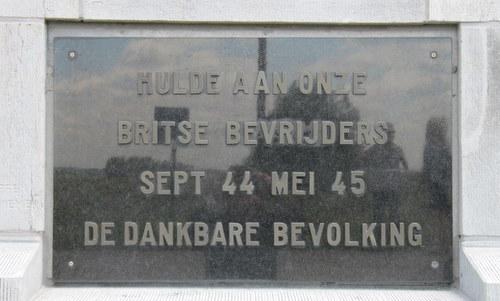 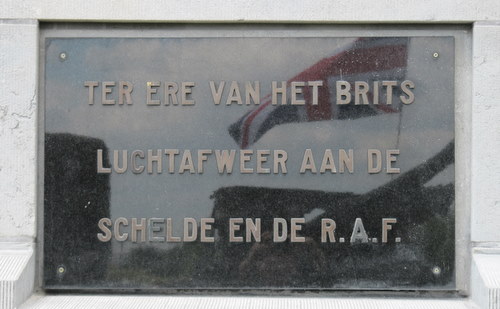 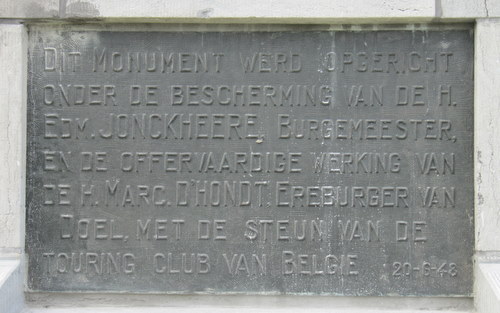 A monument in the honour of the British liberators. It is a national memorial for all British troops that were aligned along the river Scheldt.

The text on the plaque at the front of the monument reads as follows:
(Picture 2) To the glory of the British Anti Aircraft Batteries and the R.A.F. along the Scheldt.

Around the monument plaques have been mounted with a text that can be translated as follows:
(Picture 3) Glory to our British liberators
Sept. 44 May 45.
The grateful residents.

(Picture 4) In honor of the British anti aircraft along the Scheldt and the R.A.F.

(Picture 5) This monument has been erected under the protection of Mr. Edm. Jonckheere, mayor and with the sacrificial cooperation of Mr. Marc dHondt, honourable inhabitant of Doel with the support of the Touring Club of Belgium.
20-6-48