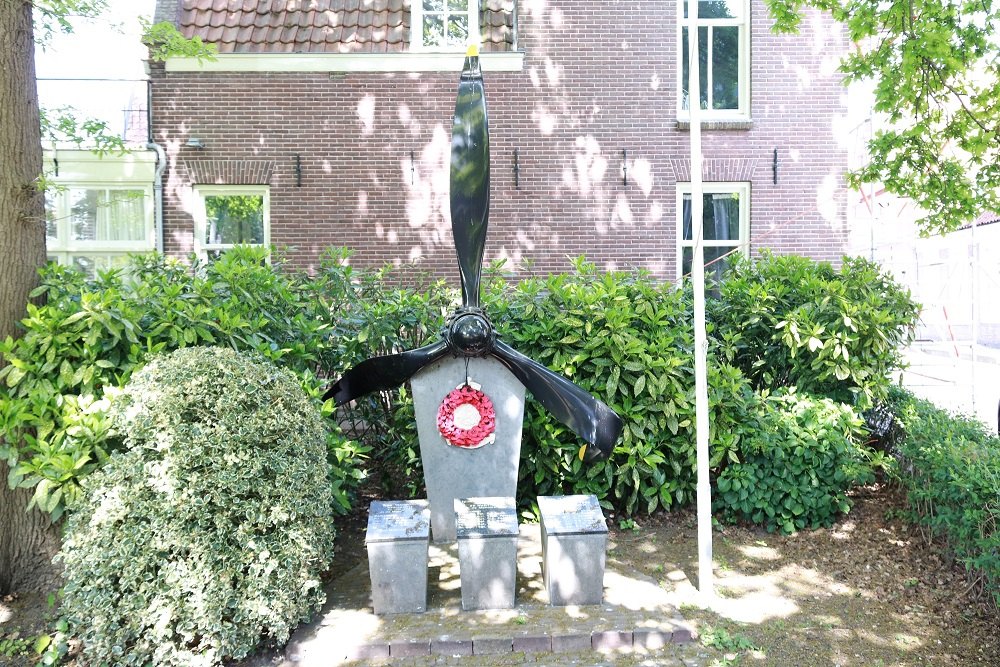 The 'Monument to British Soldiers' is a propeller with three memorial stones of natural stone and bronze. The memorial is 2 meters high, 2 meters wide and 80 centimeters deep.
The memorial is erected in memory of the killed crew of three RAF aircraft that crashed near Monnickendam in 1941 and 1942.

The text on the monument reads:
"CURVED NOT BROKEN."

Info regarding the three crashed planes:

- WELLINGTON W. 5371 of the Binbrook-Lincolnshire 12th Squadron base.

On March 26, 1942, this aircraft crashed on the Monnickendijk after a dogfight with a German night fighter. The crew members killed are Dove, W.R. Lea, F.J. Löwe, Th.E. Parsons, W.C. Pooley, B.J. and L.C. Stanley.

- LANCASTER R. 5679 of base Syerston-Nottinghamshire 106 Squadron.