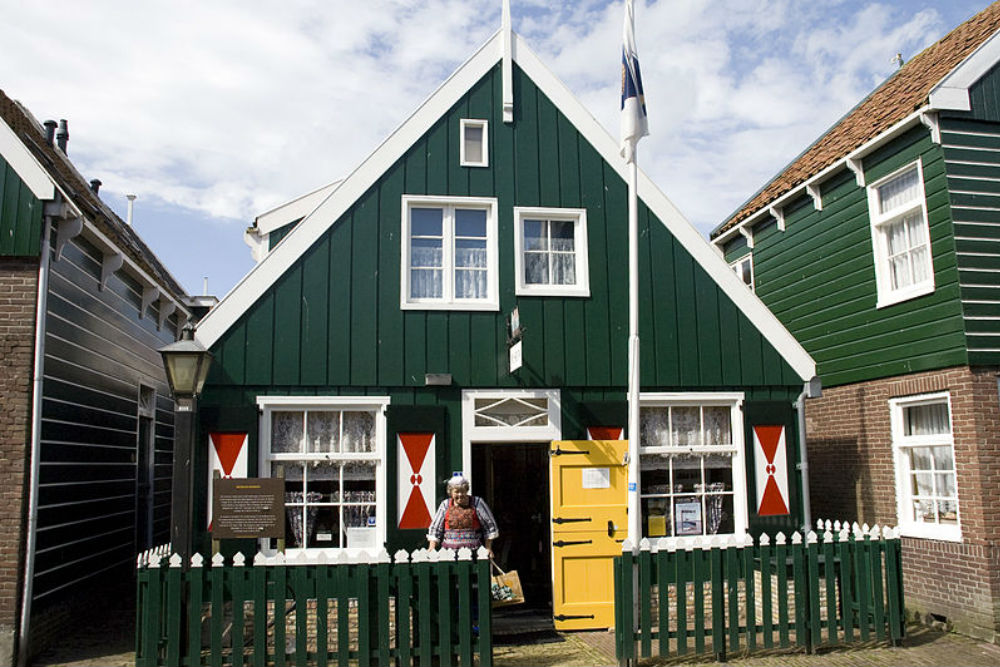 The Marker Museum in Marken contains memories of the Second World War.

1940-1945 - Isolated, still hit
Due to its remote location, the Second World War on Marken went smoothly. Most of the eleven Markers who perished met this fate at sea. Some German soldiers were stationed on the island.
In 2008, part of a propeller was retrieved during a rescue operation by a Marker lifeboat. Investigation showed that it was part of a downed English bomber. The relatives of the crew were traced and the propeller blade became the central part of a new monument at the village hall Het Trefpunt. Inaugurated in 2013 in the presence of relatives, this monument honors not only the English but also the Markers who did not survive the war.