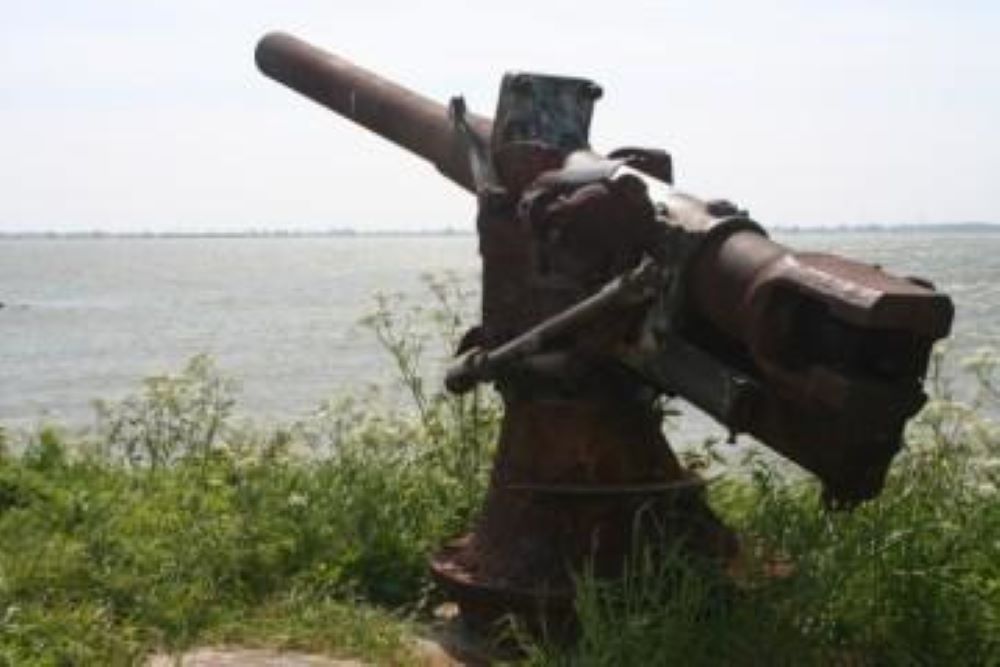 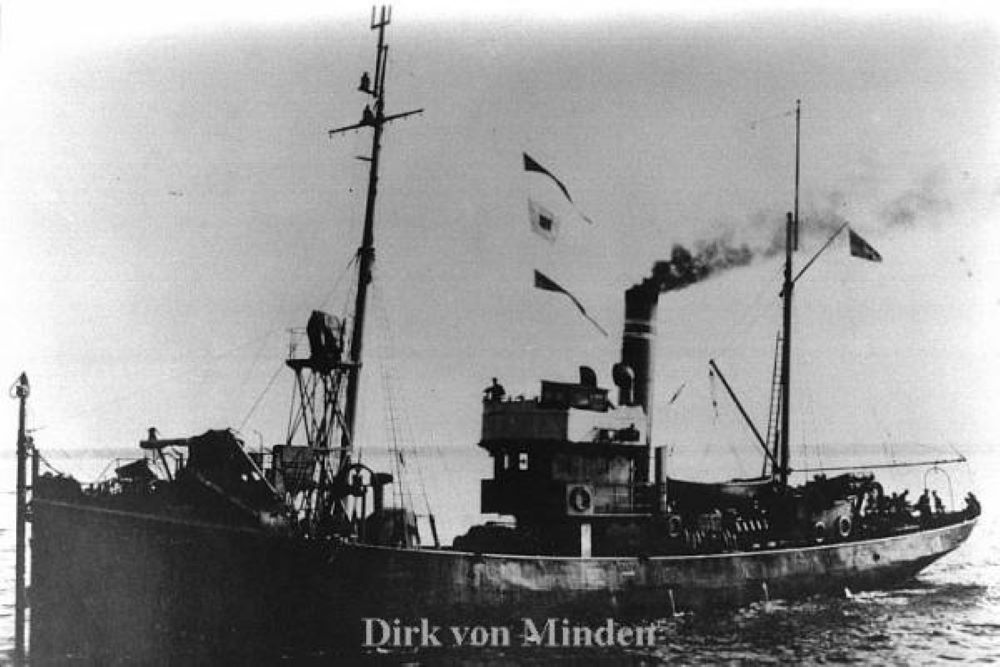 On November 29, 1917 the German outpost ship DIRK VON MINDEN sailed as protection for four German submarines that sailed from Germany to the Channel. These were the UB 61, UB 64, UB 75 and UC49. In addition, the UB 61 ran into a heavy storm at 9 o'clock in the evening on a mine and immediately sank, killing the entire crew. During the rescue attempt, the DIRK VON MINDEN also ran on a mine, killing 16 people and saving 8 men.

With a thermal lance they managed, after a number of unsuccessful attempts, to salvage the 8.8 cm rapid-fire cannon from the fore ship. They sold it for a lot of money to a Swedish weapon collector who never collected the cannon. For years it was in Makkum in the garden with diver Joep Bergsma. It had since been discovered that the gun still contained a sharp grenade. After many attempts, the EODKL managed to remove the grenade, after which the cannon was handed over to the Pampus Foundation, which gave it a place in the museum of the same name on the island of Pampus.