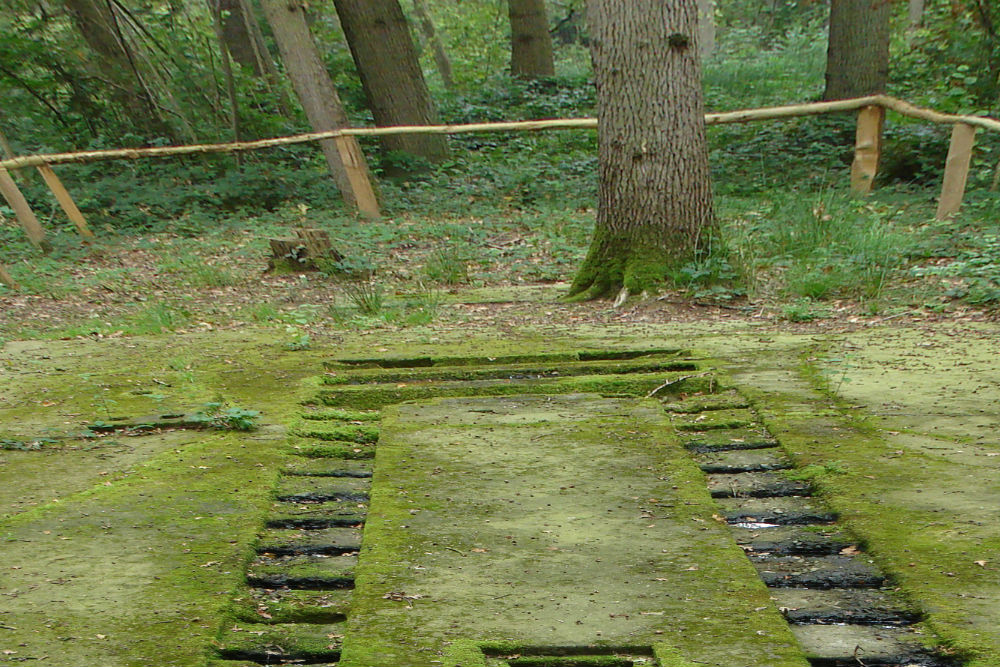 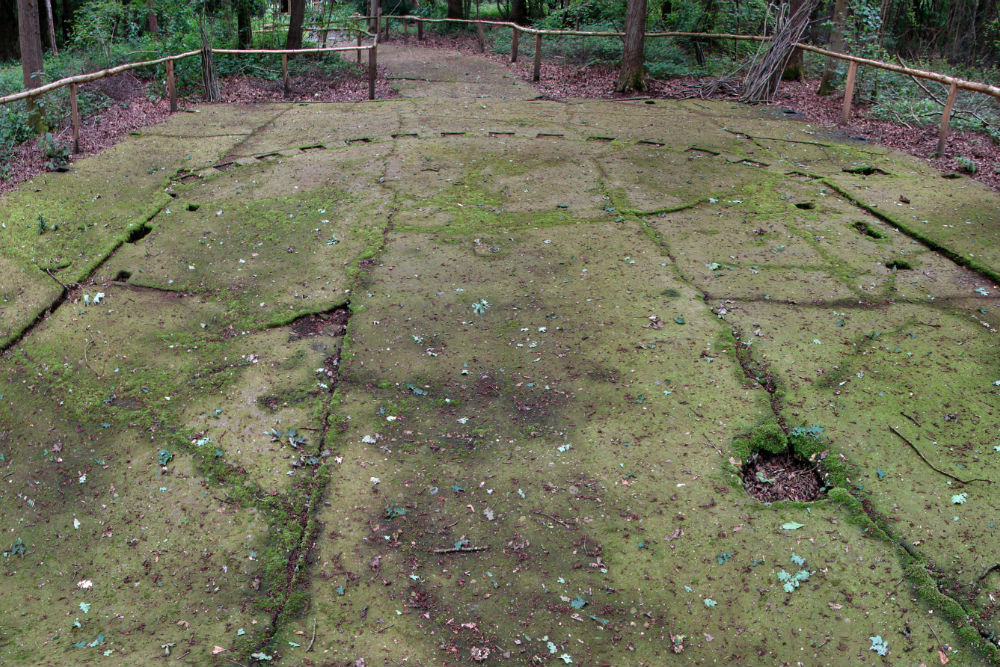 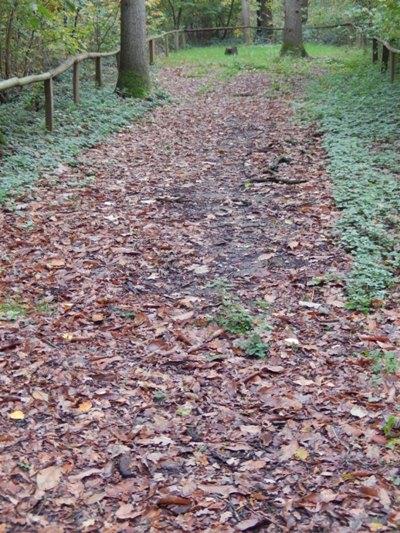 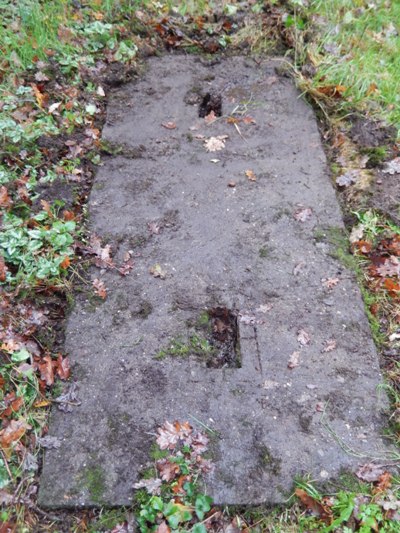 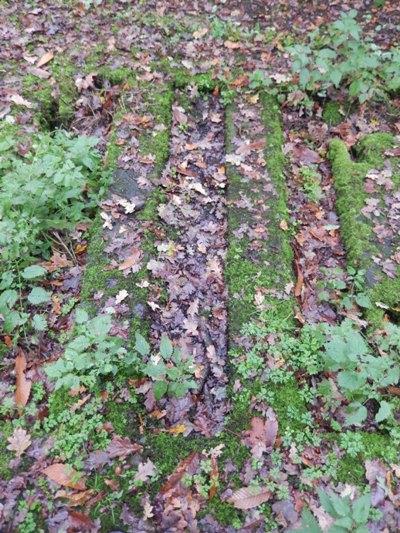 In addition to France, light V1 bases were also provided in West Flanders. Here, for camouflage reasons, only what was absolutely necessary was present: the targeting tent and the firing ramp. The target plate measured more than 12 by 12 meters, was covered with a tent-shaped construction on wooden poles and provided with a sliding door. the holes for the supporting posts and the slot for the sliding door are still there.

In the targeting tent, the V1 was hung from a wooden gallows to aim it at London or another target. The holes for the gallows can also be seen, just like the protractor. (All this is hard to see of course with all those leaves that were there when we were there).

The magnetic compass was also adjusted here. Therefore, in a radius of 35 m. Neither iron nor steel was allowed. From here the V1 was driven on a wooden cart to the launch ramp. The wood for the gallows and the tarpaulin was ready to be erected. Firing V1 was only a matter of 48 hours on this site.

The V1 was certainly not a precision weapon. he had an average deviation of 2 ° or about 12km after a 250km flight. Therefore, it was not suitable for the battlefield but rather as a weapon of terror against sufficiently large civilian targets.
In August 1944, 18 V1 bases were built in West Flanders. The concrete work had already been completed at 14 places and in some places the launch ramp had already been set.

On 1 September 1944, the personnel in Poperingse was ready to put 4 ramps into use. Under pressure from the advancing Allies, the operation was canceled in the evening. A V1 was therefore never fired from West Flanders.

The launch ramp was nearly 50m long and 5m high at the end. The launch ramp supported the launch tube. A 140 kg plunger was driven through that launch tube with a violent chemical reaction. That plunger, in turn, dragged the V1 along with a shark fin that poked through a slot in the tube.

The V1 was equipped with a pulsejet engine. That simple, tubular motor was running constantly at a speed of about 400 km per hour. Therefore, unlike the V2 rocket, the V1 had to be launched from a fixed slope. The V1 accelerated under its own power to a speed of approximately 600 km per hour.

From this slope here, 2 double support blocks have been preserved. The six pairs have been scrapped or recycled by people in the neighborhood.

The firing plate has also been preserved on this site. In fact, this is a block of about 19m³ reinforced concrete that had to withstand the enormous rebound from the launch. The transverse slots served to anchor the steam catepult with the chemicals. The long slots were for the rails on which the cart with the V1 could connect exactly to the launch ramp.