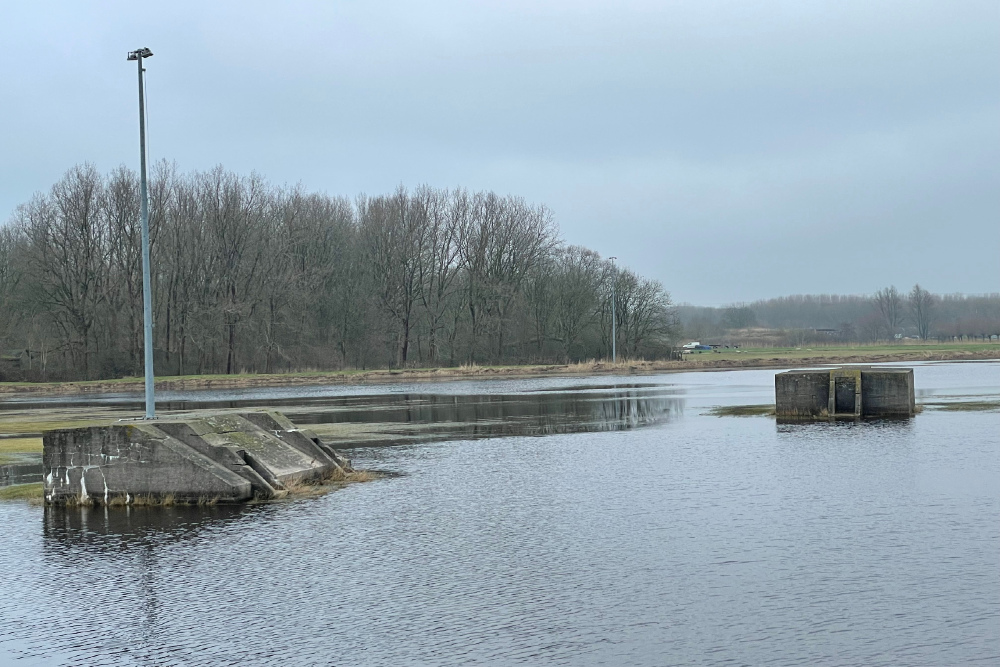 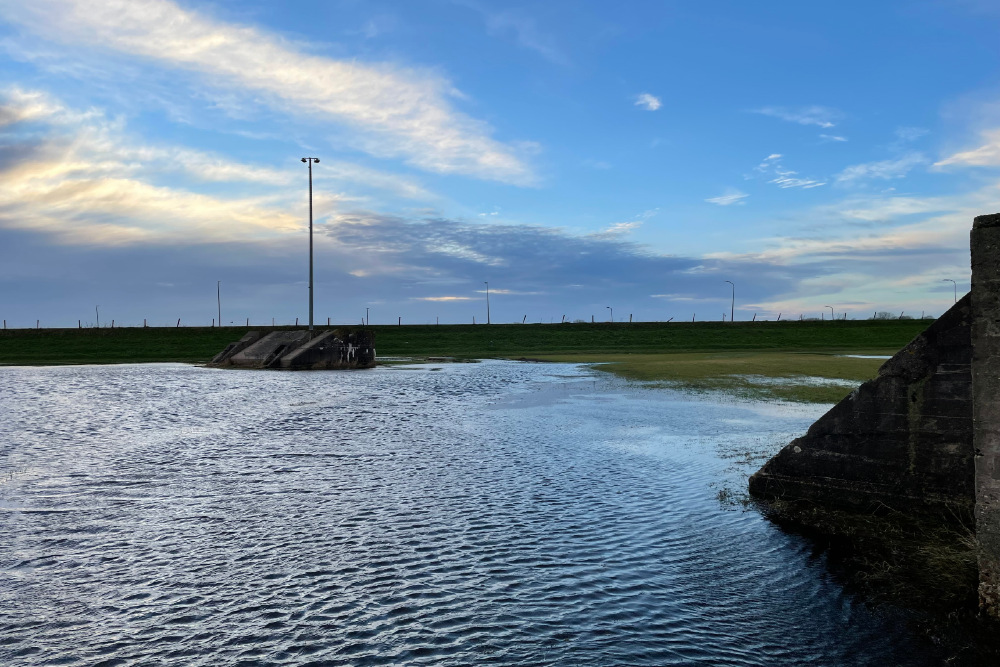 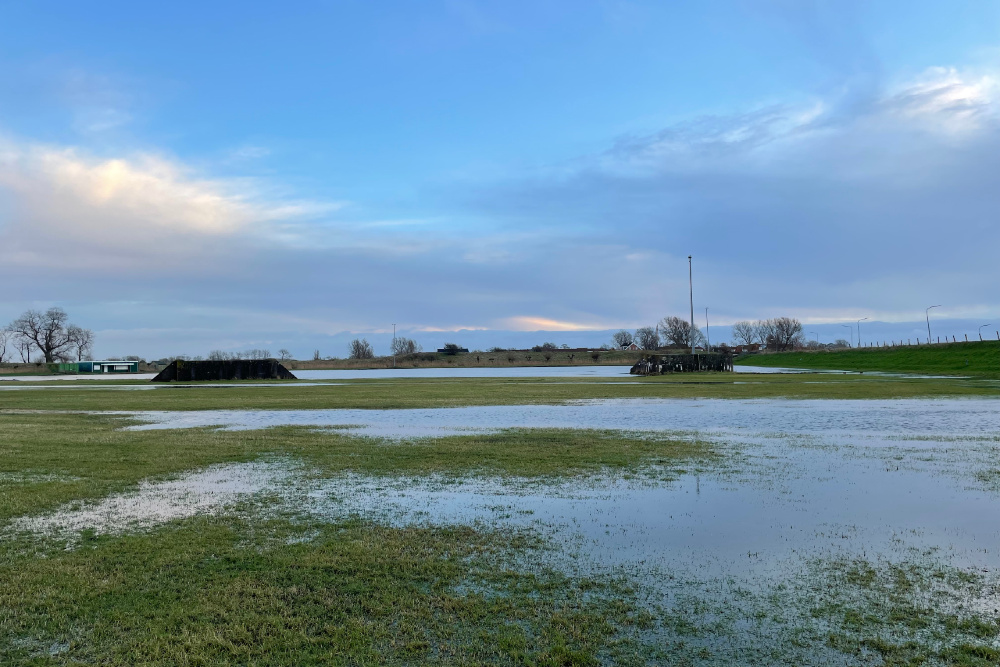 Dutch group bunker type 2 (with double entrance), part of the Stelling van Amsterdam (Defense Line of Amsterdam, a Unesco World Heritage Site), specifically called the Positie bij Spaardam (the Postion of Spaarndam). The bunker was designed as a shelter against shelling and bombing, if the dike and the trench (along which the bunker is located) offered insufficient coverage. The spot now lies on the skating rink of club Nova Zembla.