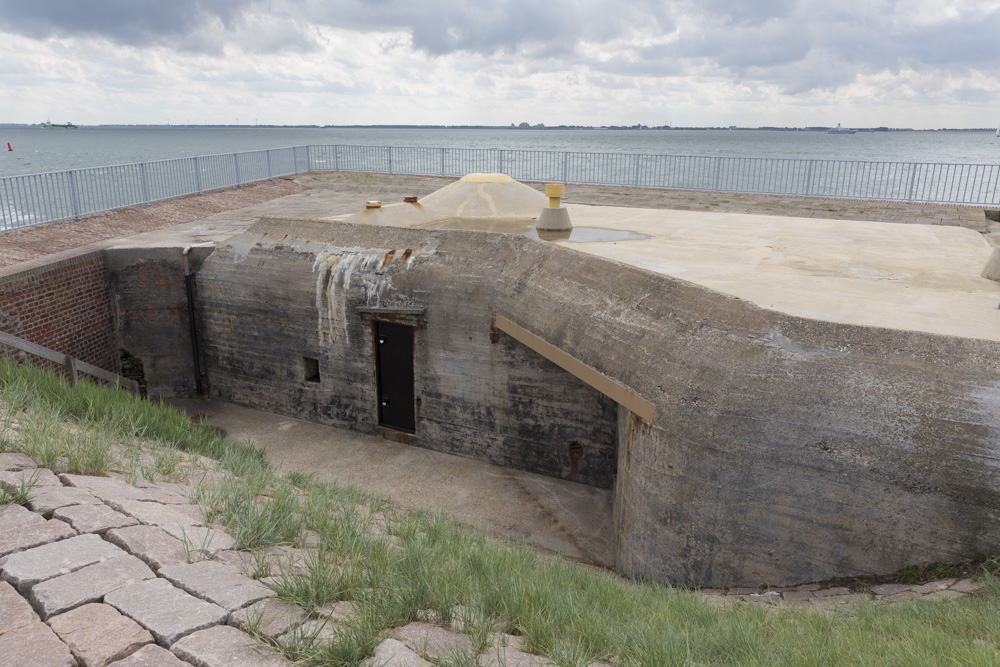 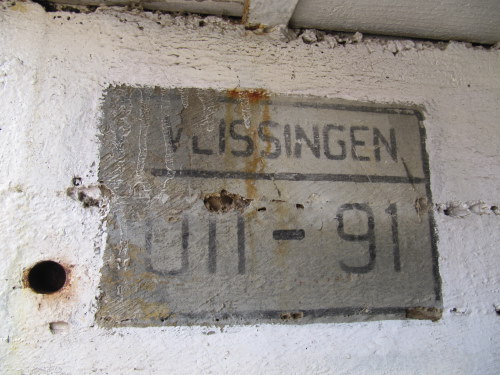 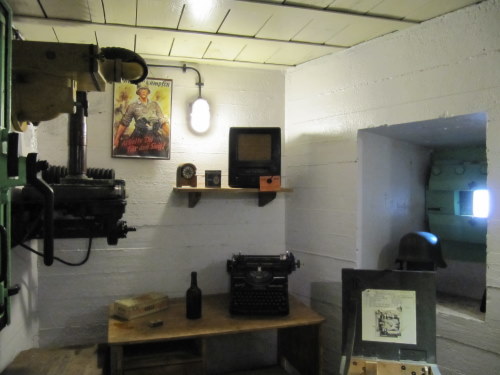 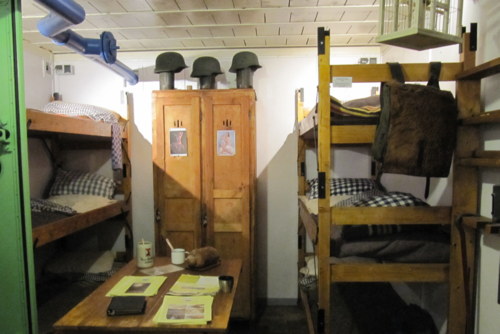 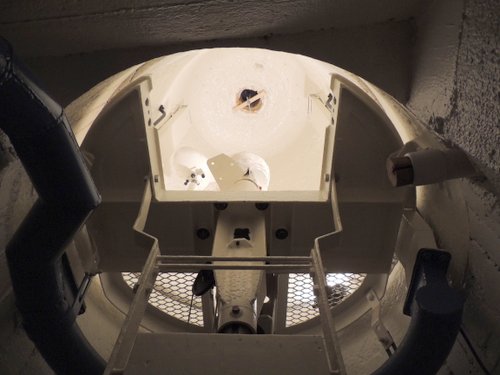 The bunker was built inside the dyke and has surfaced during dyke improvements. The management of the Stichting Bunkerbehoud (the Foundation for Preservation of Bunkers) was informed by the end of 2008 about the plans of Rijkswaterstaat (The Dutch Governmental Department for Waterworks) that improvement of the dyke was imminent and requested permission to perform a historical survey on this bunker. Rijkswaterstaat was prepared to cooperate and the bunker was explored by a number of members of the Foundation. The bunker appeared to have been preserved in a reasonable condition.
Because the bunker is positioned in front of the new water weir and therefore actually is situated outside the dyke system, it was possible to keep the bunker open from a waterworks technical point of view and to create an access. This was the reason for the Foundation to submit an official request to Rijkswaterstaat, the future management of the dyke: the Waterschap Zeeuwse Eilanden (the governmental body that is responsible for all water management in and around the Zeeland Isles) and to inform the municipality of Flushing of its plans.
The bunker carries an identification number Vlissingen 011-91. The three reinforced steel doors are still available as well as four gas doors of which one serves as an emergency exit. Also the tubing system for the inhalation and distribution of fresh air is still there.
During the excavation process of gaining access, the bunker was almost daily broken into and original equipment was stolen.
The bunker is of the same type as one of the museum bunkers in Zoutelande. The big difference however is that the bunker at the Oranjemolen has been completed. A similarity is the cupola of reinforced steel with a thickness of 30cm and a weight of 20 tons, type 463,1P01.
Photo 5: In this cupola there was a periscope (enlargement 10 x) with a view to the Molenstrand and the Slijkhaven. On these two beaches the allied forces landed in November 1944. The bunker is therefore situated in a historically important position and is probably one of the first heavy bunkers on Walcheren that was conquered. During the war the bunker most likely served as an observation post for the artillery battery Baskenburg which was positioned behind it.