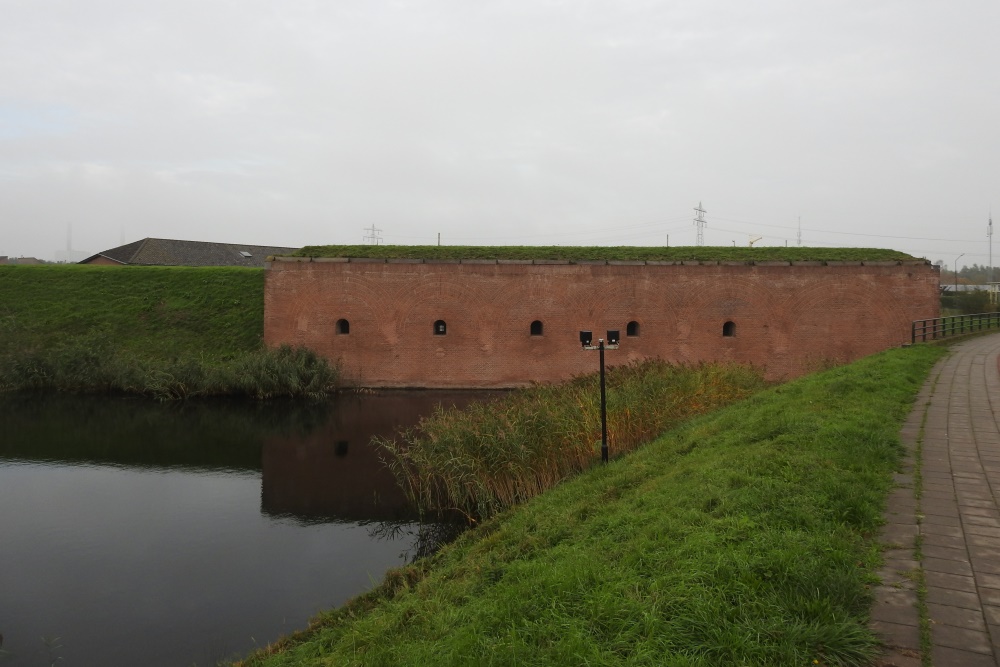 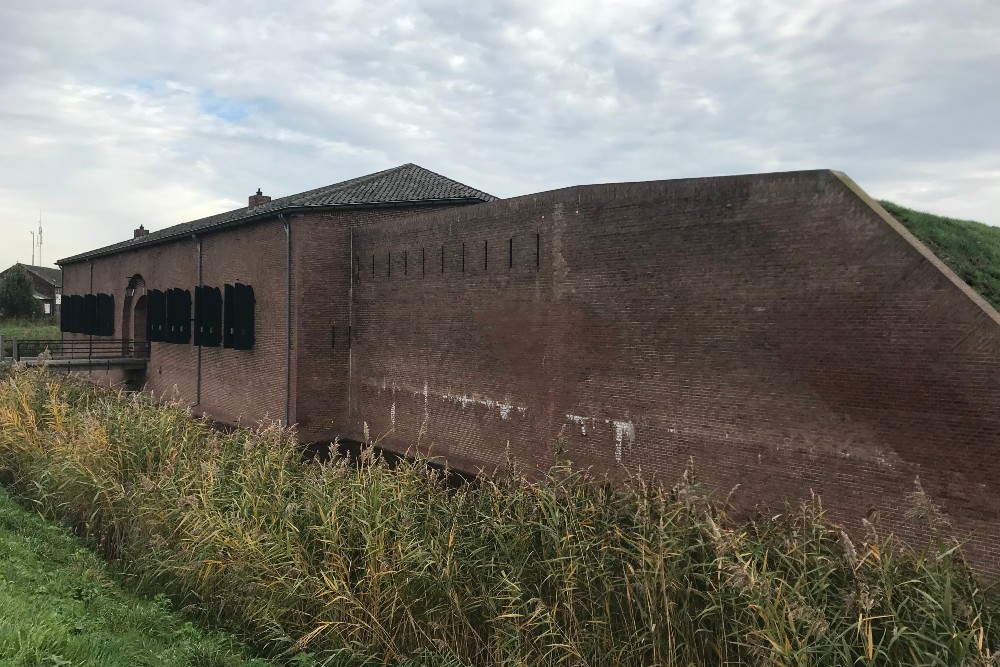 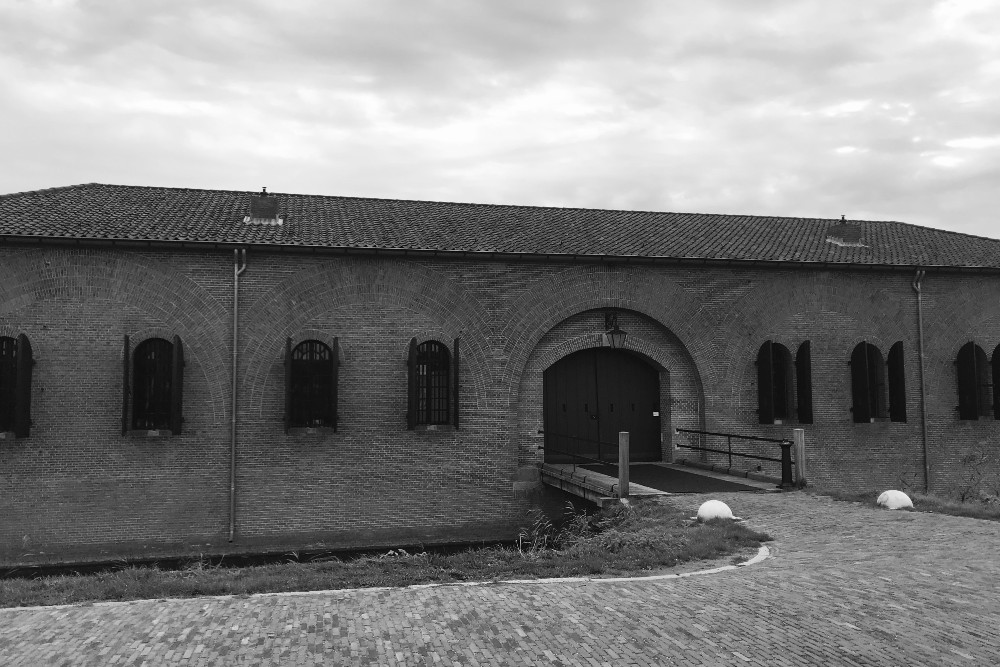 Fort Lunette in Raamsdonkveer.
This fortification was built in the years 1837-1839 to monitor both the Donge and the adjacent road fron Breda to Gorinchem. This road was created by the emperor Napoleon, hence the name Keizersdijk and Keizersveer.
The Lunette was raised as a defensepost in 1919, after the First World War .

In World War II was Fort Lunette used by the Germans.
After the liberation, Belgian and Polish troops were housed.
After the capitulation of Germany in 1945, Fort Lunette was used for internment of German prisoners of war. These prisoners were used for clearing mines in North Brabant and Zeeland