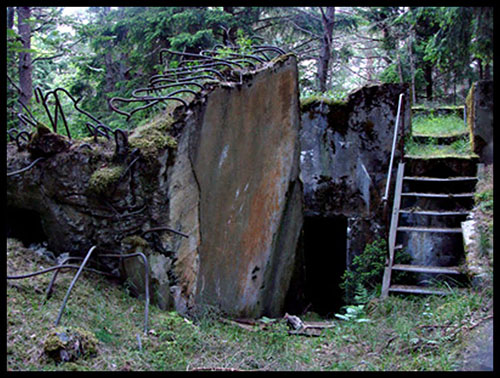 This Estonian coastal battery was built during the Interbellum. It was modernized with B-13 130 mm guns by the Red Army in 1940 and saw action in 1941. Before the Red Army retreated, the Soviets blew up a part of the battery. The battery was re-used by the Germans between 1941 and 1944.