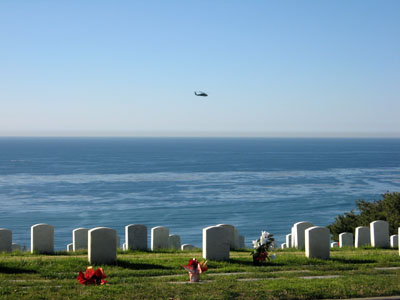 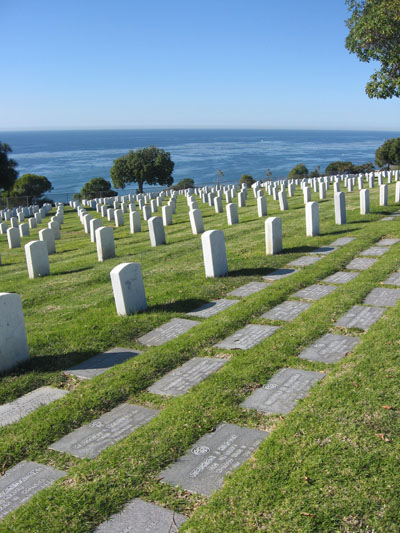 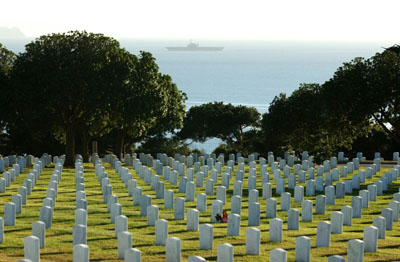 National Cemeteries in the U.S.A. are used for war graves, graves of U.S. military personnel, veterans and their spouses but not exclusively!

There are also state veteran cemeteries.

Fort Rosecrans National Cemetery contains war graves of World War II and the Korea War. It is also used to bury veterans of the World Wars and other wars. In 2008, there were 96,626 graves on this cemetery.

Fort Rosecrans became a national cemetery on October 5, 1934. At the cemetery there is the grave of General Holland McTyeire "Howlin' Mad" Smith,

He is seen as the father of amphibious warfare and was commander of the 5th Amphibious Corps involved in the fighting on Attu, Kiska, Tarawa, Makin, Saipan, Tinian, Kwajalein and Eniwetok. 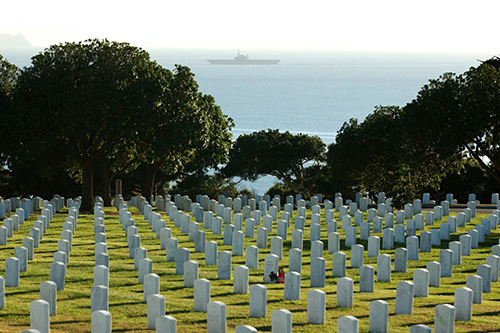