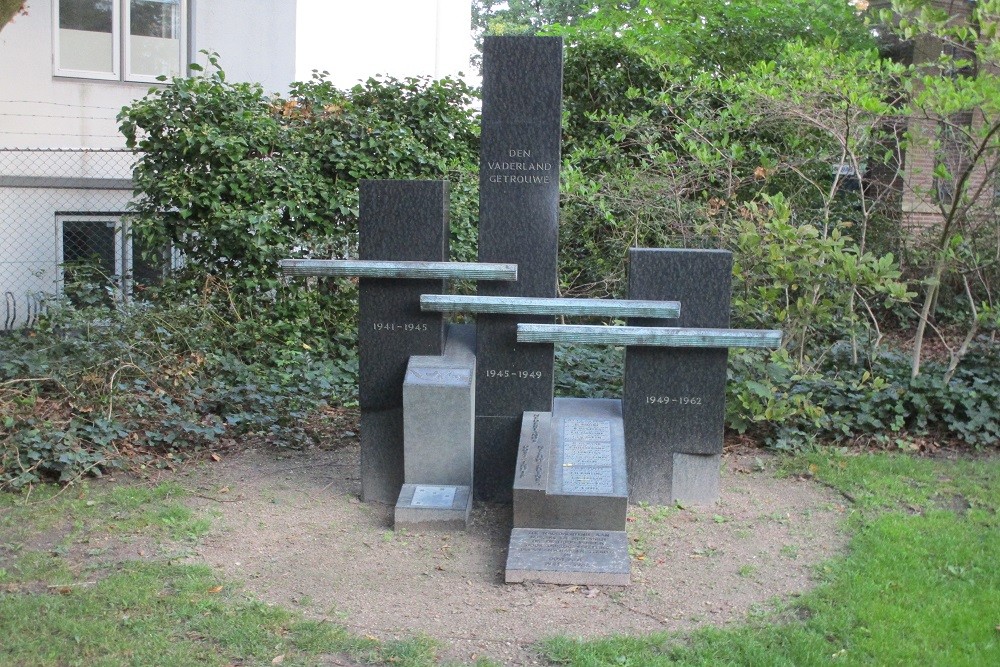 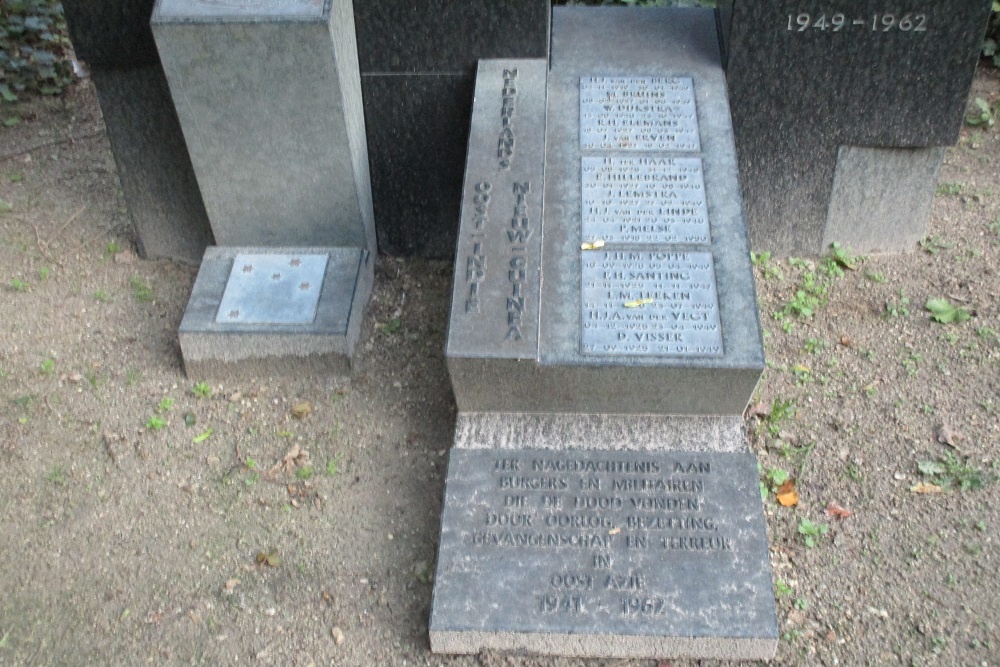 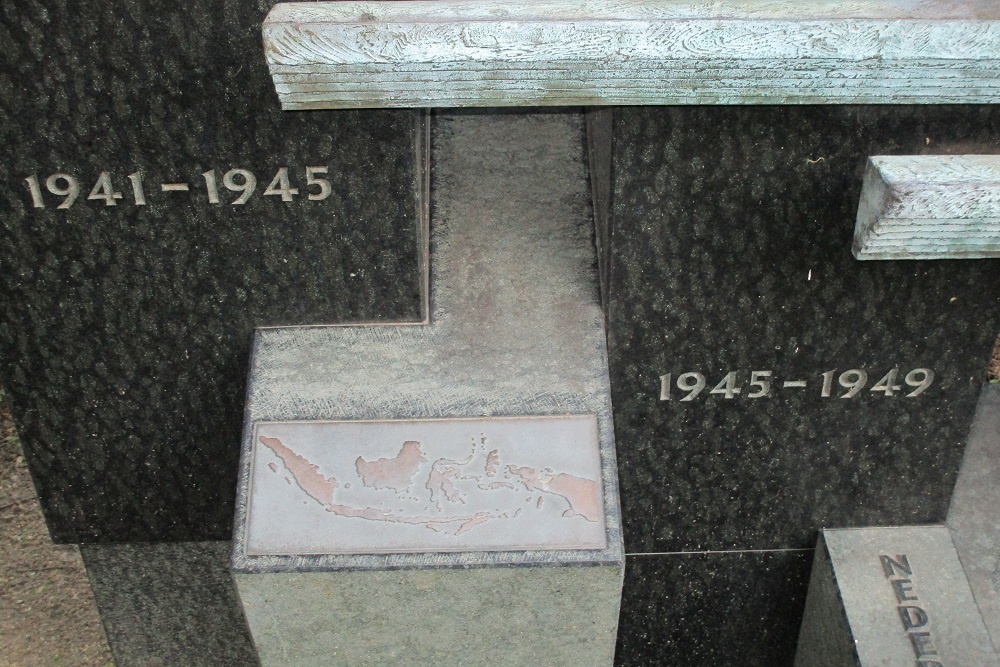 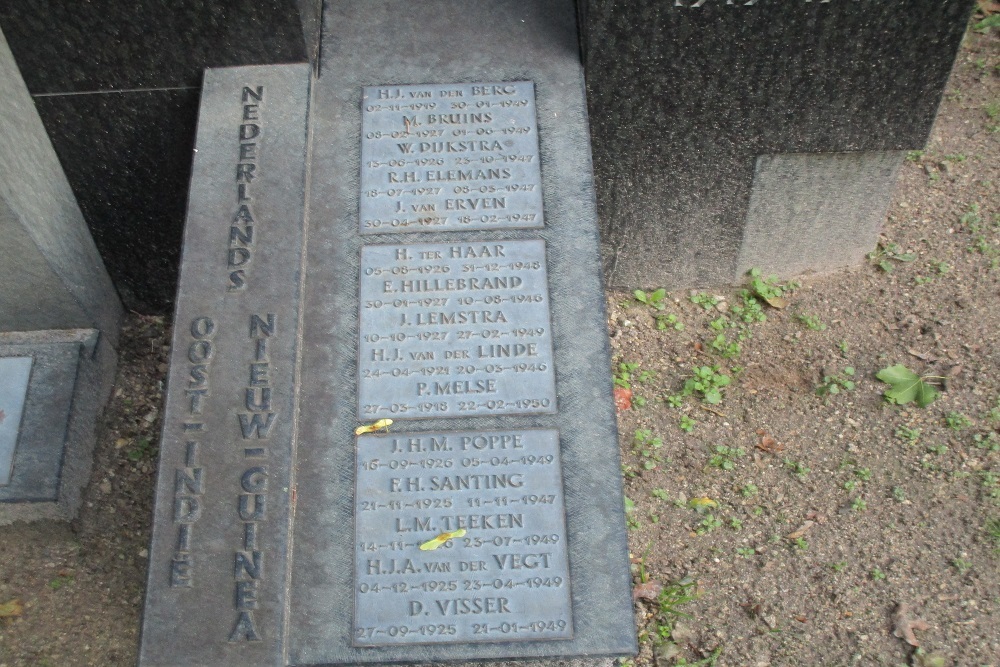 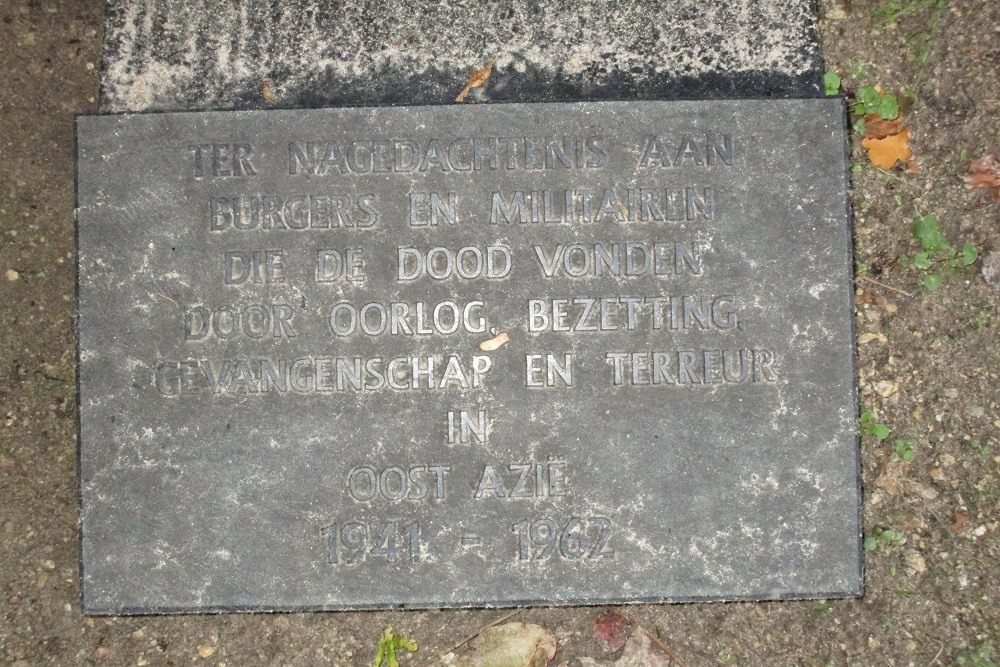 The text on the monument made by Catharina Ramaekers. It is located in Park Eekhout, close to the city center. It is the only monument in the Netherlands that commemorates all three violent periods in the Dutch East Indies:
- 1941-1945: Second World War.
- 1945 - 1949: Police Actions, or Indonesian Revolution.
- 1945 - 1962: Battle for Dutch (Papua) New Guinea.

Under the monument are urns with earth from the islands.

IN MEMORY OF
CITIZENS AND SOLDIERS
WHO FOUND DEATH
BY WAR, OCCUPATION
CAPTION AND TERROR
IN
EAST ASIA
1941-1962

Furthermore, 15 names of killed Dutchmen have been placed on the monument.
At this memorial, the wide area of Zwolle commemorates all the victims who fell in the Dutch East Indies and New Guinea on 15 August.