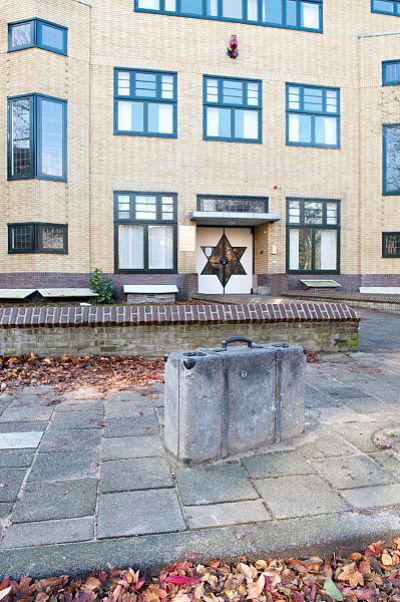 This case is one of the monuments that have been erected to commemorate the deported and murdered Jewish residents of Leiden in Leiden.