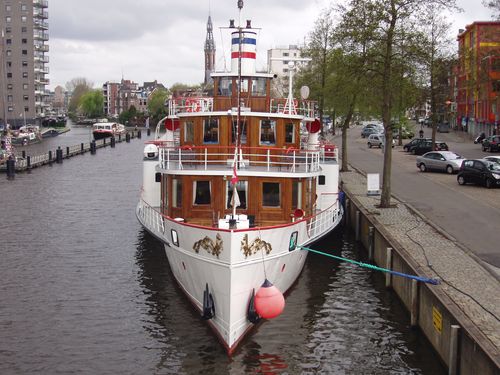 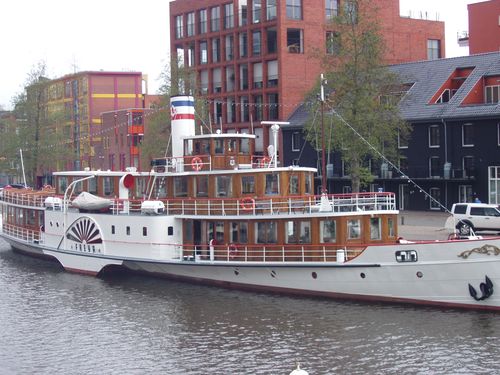 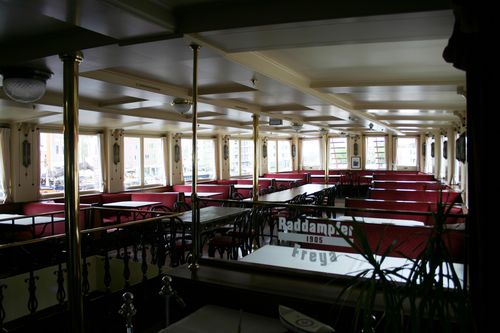 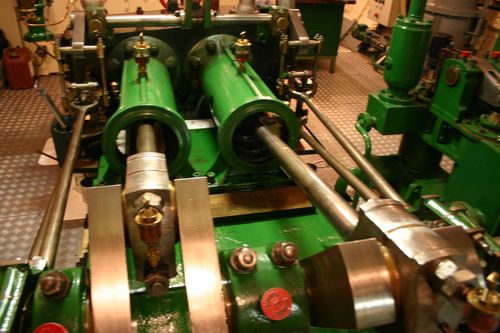 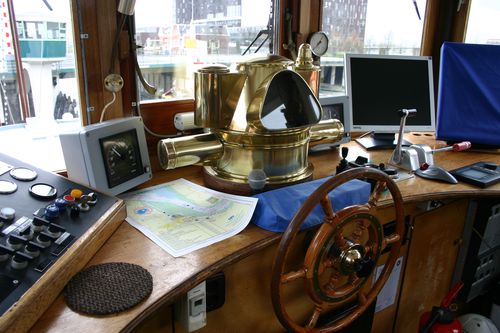 In 1905 the passenger boat "Westerschelde" in the yard of J. & K. Smit was let into water in Kinderdijk and used as a ferry to the Provincial Steamer Services of the Province of Zeeland.

During the 1st World War, the ship brought refugees from the occupied Belgium to safer places in the neutral Netherlands.

In 1933 the ship was sold to the ship-breaking yard F.de Klerk in Terneuzen and seemed destined for demolition, but two years later the paddle steamer was still sold.
The ship was sold to P.J.Zwaans, oil trader in Oosterhout. The ship was thoroughly renovated and served as oil bunkering vessel. The ship would thus also be renamed "De Zwaan".

During WW2 the steamer De Zwaan served as a hiding place for many who were searched or prosecuted by German occupation forces. Kees Zwaans and his wife Lieske were active in the resistance movement, from the beginning of the war they helped refugees, persecuted Jews, shot down British pilots or Dutch guys who did not want to work for the Germans into hiding.
Kees and Lieske Zwaans also did not escape the betrayal, fled and were given shelter in a bakery in Oosterhout. Kees went to work for the U.S. Information Service and he helped Jewish children find their parents.

Kees Zwaans and his wife Lieske are honoured as "Righteous"at Yad Vashem (The Righteous Among The Nations).

The ship fell into decline and after the war it came in the hands of various owners. In 1990 the ship was converted back to paddle steamer and served as "The Dutchman" as a restaurant ship. In March 2000, the ship was completely restored and given its present name on 20 April 'Freya'.